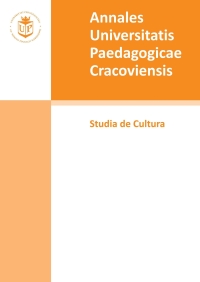 Summary/Abstract: The development of modern communication, including political communication, has made it the largest possible through the tools and solutions offered by the network. Technological development, the Internet, mobile applications, including social media, have caused many discussions to have moved into this sphere. The possibilities offered by this type of solutions make it possible to implement the so-called micro-politics, ie bottom-up activity of internet users logged into social media. Micropolitics grew out of liberal pluralism and uses various tools that de facto identify and define it. They are so-called rituals that are not directly political and identify politics on a macro scale. Among these tools, a significant role has been given to #, which are part of the discussion in social media. They cause that a code has been created symbolizing specific discussions oscillating around facts, phenomena or events. It is thanks to hashtags that Internet users identify with a given issue, but also can thus contest or approve of behavior and political processes.