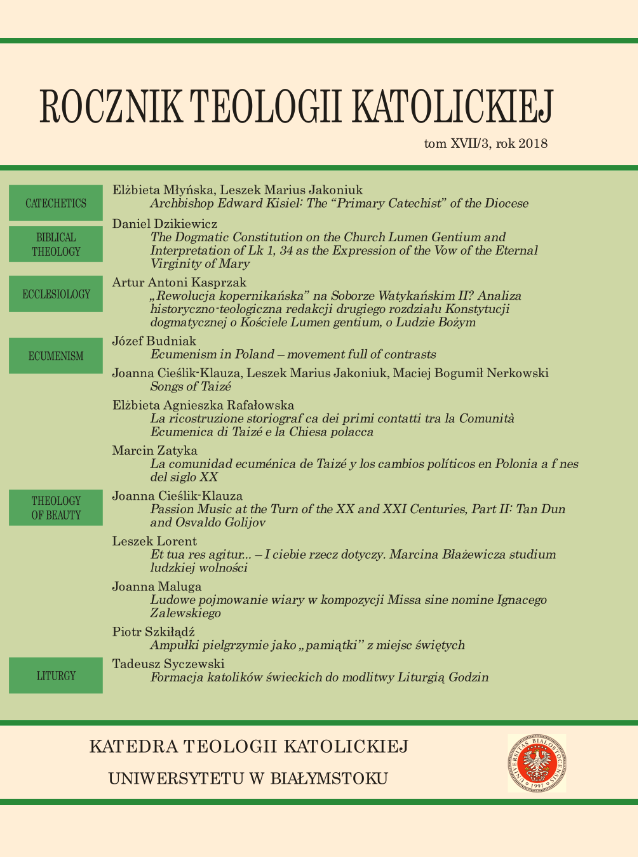 Summary/Abstract: The Catholic church in Kalinówka Kościelna, Poland, belongs to one of the oldest parishes in the Archdiocese of Białystok, which used to be a part of the (Arch)diocese of Vilnius. The parish was established in 1511 when Mikołaj Radziwiłł built a church that stood until the Swedish Deluge. The current sanctuary is made of larch wood and is the third of three churches erected by Fr. A. Świerzbiński. While the precise year and circumstances in which the sanctuary was built are unknown, records show that it was consecrated in 1777 by Fr. A. Świerzbiński’s successor, Fr. W. Klimaszewski, who also oversaw a series of renovations and changes to the rectory and the pastors’ homestead. Fr. Szymon Szyszko founded the new cemetery, which is located outside of Kalinówka, in 1811. This article includes a copy of the document that authorized the establishment of the cemetery as well as many other original sources pertaining to the parish in Kalinówka Kościelna and the priests who have served there.