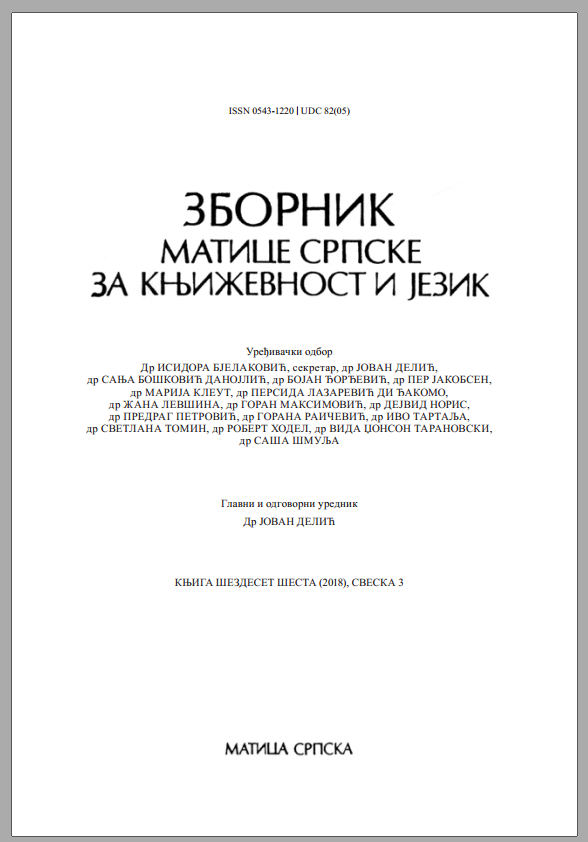 Summary/Abstract: The paper analyzes the work of Jovan Dučić as a poet and poet of the Mediterranean in Serbian literature from the position of geophysics. Particular attention in these studies is devoted to the relationship between the land and the sea, the collisions of two civilizations marked firstly by geographical features that, along with historical circumstances and cultural elements, form a complex image of the Mediterranean coast. Special attention has been paid to “Adriatic Sonets”, “Dubrovnik Poems”, as well as travel documents “Letter from the Ionian Sea”, “Letter from Spain”, “Second letter from Greece” and essay “Ivo Vojnovic”. In the context of geophysics and the brooding perception of space and history, the selected works of Jovan Ducic are interpreted as forms of the first and true meditation in modern Serbian literature.