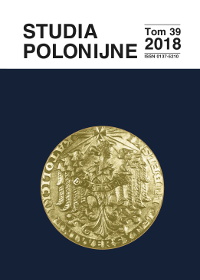 Summary/Abstract: The article describes a collection of writings, the so-called schemas devoted to the pastoral care for Polish citizens in France published as “Pastoral Care for Polish Citizens in France” in 1939-1992 and stored in the Archive of the Polish Catholic Mission in France. Their aim was to show the general condition of religious life of the Polish community in France: the numbers, data and addresses of Polish clergy throughout the country, along with the division into deaneries. These schemas also contained descriptions of the activities of Polish organizations included in the Polish Catholic Mission in France, as well as seminaries, religious congregations and information about Catholic magazines published by the Polish diaspora. The article presents 19 schemas from the collections of the French Archive of the Polish Catholic Mission, their characteristics, summary of content, and the most important information in them. This publication in a cross-sectional way shows the history of “Pastoral Care for Polish Citizens in France” and the changes that have taken place over the decades among Polish pastoral ministers in this country.