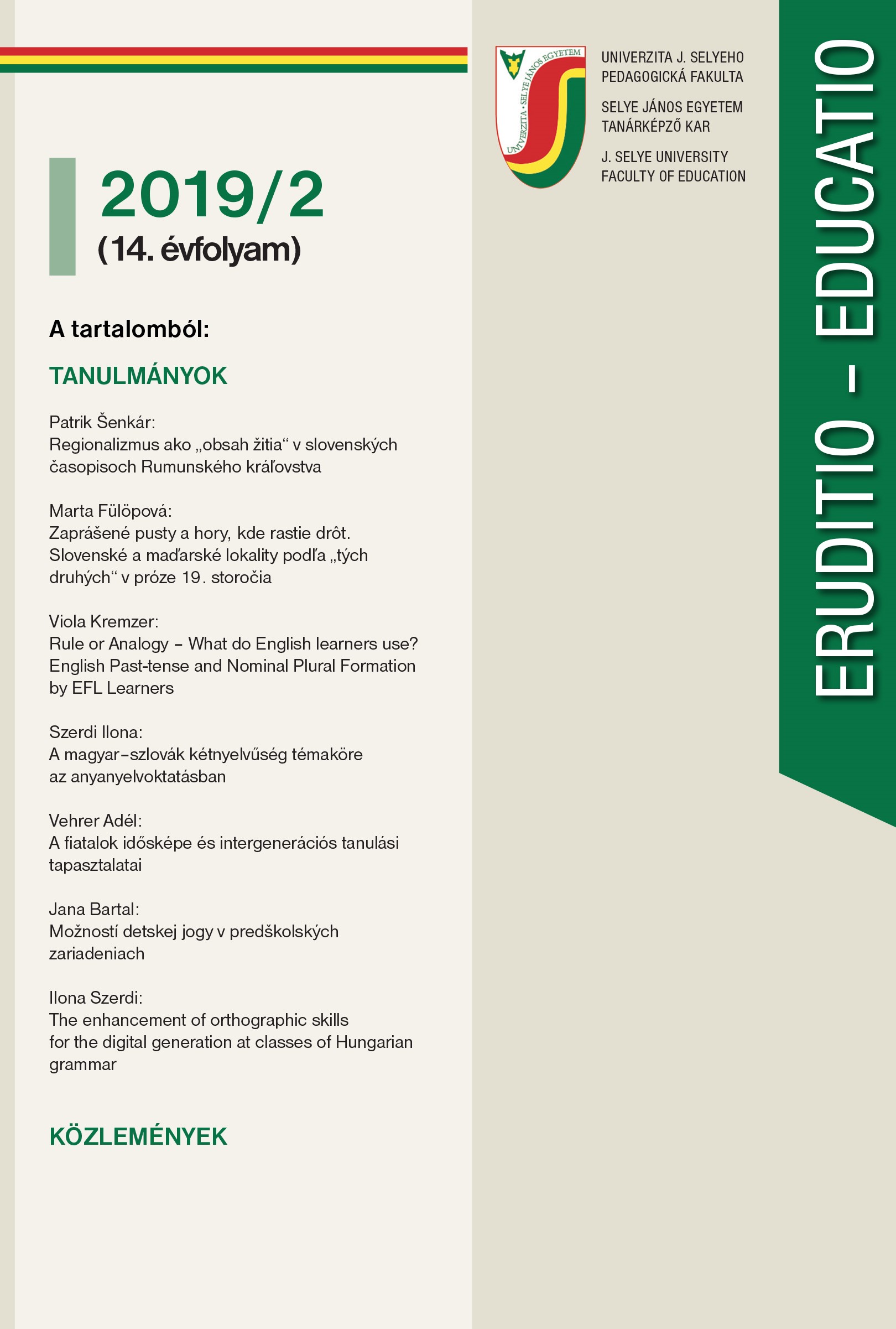 Summary/Abstract: The contribution points to the importance of regionalism in Slovak diasporas in Low-land, with special regard to the Romanian context. It is based on the theoretical ideas of both world and Slovak cultural thinkers (Compagnon, Wollman, Čepan, Miko, Šte-fanko, Timura) – and, of course, the aspect of the problem. It connects regionalism with the traditions and specifics of that identity. It emphasizes the importance of re-gionalism as a social phenomenon. First, it analyzes the issue from the position of historical context, later it focuses on specific interpretations of selected microproses. The cardinal center of the paper is an objective and subjective analysis of publicisti-cally tuned texts, first published in periodicals of the Slovaks in Romania during the inter-war period, later also in the book entitled Interviews with the Slaninka and Košťok fathers. These origins are still significant evidence of regionalism in the Lowland, too. The contribution also contains more detailed specifications of the aforementioned aspects.