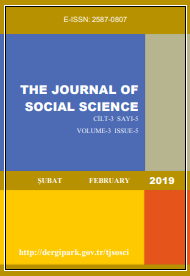 Summary/Abstract: Disaster is defined as the result of, caused by nature or human origins, a sudden, calamitous event that seriously disrupts the functioning of a community or society and causes human, material, and economic or environmental losses that exceed the community‟s or society‟s ability to cope using its own resources. Risk and mitigation applications for management of disaster risks are shaped according to Sendai Framework (2015-2030), which includes our country and requires multidisciplinary cooperation. In this study, the disaster mitigation efforts carried out to reduce the damages of the disasters that caused great destruction with the urbanization were evaluated for the local governments. Local governments contribute to disaster management with urban infrastructure and urban transformation studies, risk management of disaster mitigation, and social responsibility services as well as disaster mitigation before, during and after the disaster. With the new regulations, metropolitan, provincial and district municipalities produce many projects to reduce disaster damages in cooperation with the provincial directorates of the Disaster and Emergency Management Presidency (AFAD) in Turkey. Although these regulations aim to increase the efficiency of local governments in disaster mitigation in our country, the situation in terms of implementation has not reached the desired level.