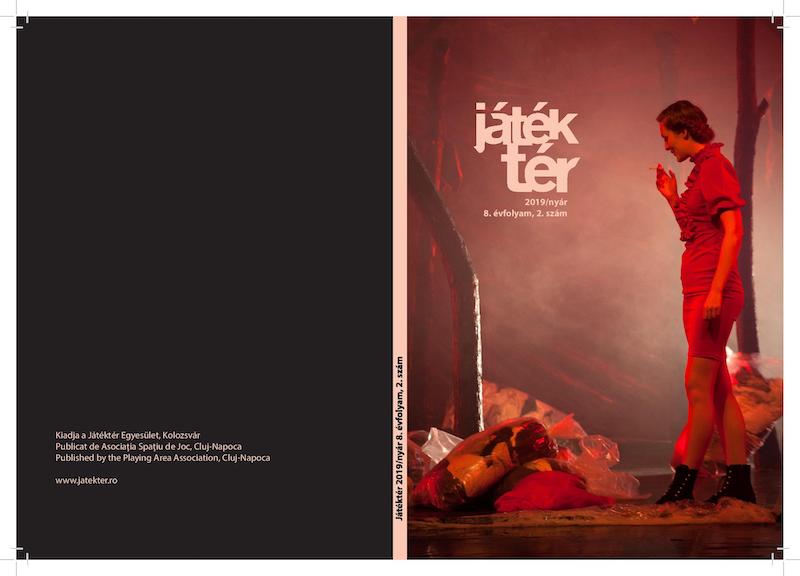 Summary/Abstract: In our drama section we publish the script of the performance entitled 99,6% and presented at Cluj. The production which opened on the 12th of November, 2018 at Reactor de creație și experiment was signed by a creative team, the members of which are: Panna Adorjáni, Raul Coldea, Hermina Csala, Radu Dogaru, Petro Ionescu, Bogdan Olarson, Kinga Ötvös, Oana Mardare and Adi Tudoran. ​The performance created for the centenary anniversary of Romania deals with the question of the co-existence of different ethnic groups: their young Romanian and Hungarian creators think in mixed languages and often inspired by personal experiences about the cultural divisions among ethnic minorities living in Romania. The title of the performance itself is a reflection on the same issue: it shows the result of a DNA-test performed on the creators at their request. The number in the title is the percentage of the similitude of our genetic material: the remaining 0,4% is the symbol of the differences which, nonetheless, powerfully divide us. The subtly constructed sequences of the bilingual script include personal experiences, comments and songs and they do not simply map the constructions of (national, cultural and personal) identities, but also experiment with their gentle deconstruction. During all this, the text also carries, in the collective and democratic creation-method of the performance, the utopia of an ideal social mechanics. In 2019 the performance won the Halász Péter Prize for the most innovative work of the year founded by Trafó House of Contemporary Arts in Budapest and Színház (Theatre) magazine.