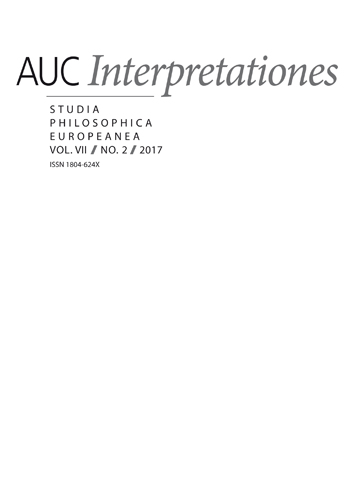 Welt-Vorgegebenheit und ihre Deutungen: Von Husserl zu einer kosmologischen Wende und zurück
The pre-givenness of the world and its interpretation: From Husserl to a cosmological turn and back again

Summary/Abstract: The article follows in its first part some basic ideas of Edmund Husserl concerning the pre-givenness of the world. In the genetic analysis the world in the naturality of its self-evident being presents an enigma for Husserl indeed that he tried to reduce by elucidating the ways how it is (pre-)given in and through horizonal world-apperceptions. The second part of the article mentions some limits of this approach that Eugen Fink has sharply seen, already as an assistant of Husserl, and it outlines briefly a turn towards another approach to the world as developed later by Fink in his “kosmology”. In the third part the article makes reference to a recent project of a phenomenological metaphysics by Laszlo Tengelyi who re-actualized a Husserlian approach to the world’s pre-giveness as one of the originary facta (Urtatsachen) of the experience instead to resorb this and other originary facta of experience by a kosmological or other speculative turn into a unique movement of the world or being itself. Tengelyi is presented as an exemple of a renewal of phenomenology where in a return from the kosmology back to Husserl the world becomes “the proper issue of phenomenology” again.

Zur Einleitung Introduction 2015 SELBST UND LEIB. AUSEINANDERSETZUNGEN MIT DEM DEUTSCHEN IDEALISMUS BEI HUSSERL UND LEVINAS SELF AND BODY. HUSSERL’S AND LEVINAS’ DEBATES WITH THE GERMAN IDEALISM 2015 SUBJECTIVITY AND EMBODIMENT OF THE EVENT OF APPEARING SUBJECTIVITY AND EMBODIMENT OF THE EVENT OF APPEARING 2016 Introduction Introduction 2017 Pohyb života a svět. O fenomenologii a metafyzice světa u Jana Patočky The Life-Movement and the World. On Jan Patočka’s Phenomenology and Metaphysics of the World 2018
2020 © CEEOL. ALL Rights Reserved. Privacy Policy | Terms & Conditions of use
ICB - InterConsult Bulgaria ver.1.5.0616