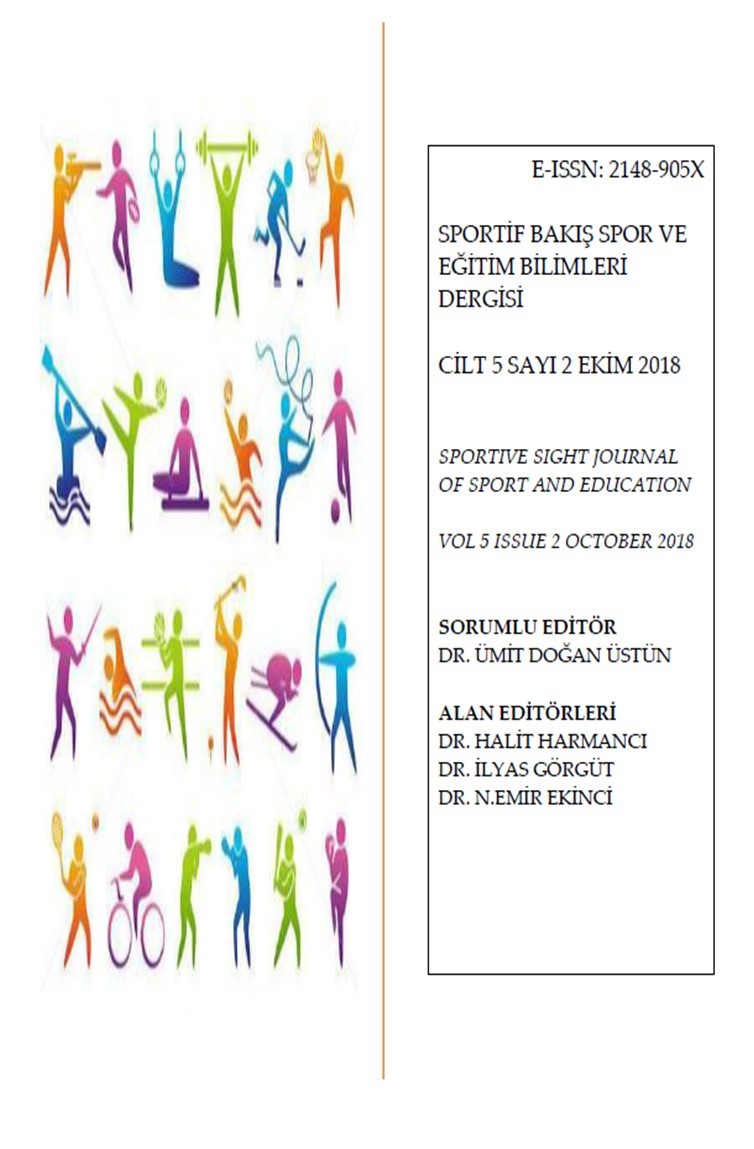 Summary/Abstract: Present study aimed to analyze the state anxiety levels of 13-16 year-old footballers during competition period. Research group consisted of 320 male football players aged between 13-16 playing in infrastructure leagues from Düzce Province. To collect data in addition to personal information form developed by the researcher, “State Anxiety Level Scale” which was developed by Koç (2004) was used. The data evaluated with SPSS 25 package program using the independent samples t test and ANOVA. According to analyze results there was no significant difference on the variable state anxiety of the participants according to age, family income and the person who evokes the emotion of responsibility before the match however, there was a significant difference according to the person who evokes the emotion of responsibility (p=.014; p<0.05) after the match. As a conclusion it was seen that the factors affecting the state anxiety levels of footballers appears in several ways and this situation can be affected by various factors.