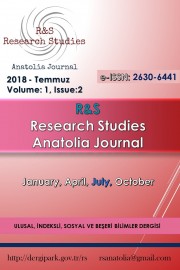 Summary/Abstract: Along with the globalization process, there have been many changes and transformations in the field of functions and duties of states in the framework of the new dynamics of change in the world. It has been observed that there has been a change in the structure of central administrations and a change in localization in local administrations. The process of globalization and the process of localization, which is closely influenced by the whole World and EU Countries, brought together the structural funds that need to be changed and regulated. A number of arrangements made with the EU cohesion policy under the European Local Self-Government Charter in the light of decentralization reforms within the framework of principles in Turkey on 22.02.2005 enacted 5302 No. of Special Provincial Administration Law is aimed to study the scope of decentralization reforms. In the first part of the work, general information about the historical development and organs of Special Provincial Administrations is given. In the next section, the concept of localization, the effects of localization and policies are emphasized. Lastly, Law No. 5302 tried to examine the harmonization of the changes made in the Special Provincial Administration system in line with localization policies.