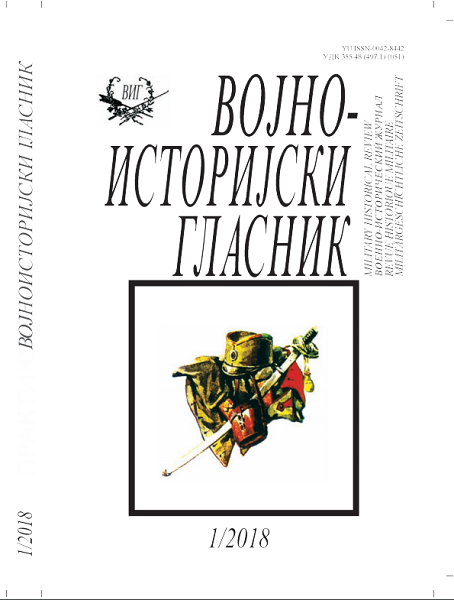 Summary/Abstract: After the Turkish bombing of Belgrade on 17th June 1862, the French Consul Eugene Tastu appeared to be the most active and he contributed greatly in settling down the metters between the Turks and Serbs. He wrote joint protest note of the consuls, where they judged the violent act of Turkish Pasha and the Belgrade Fortress Garnisone. The Prince and the Serbian Government wanted to use this event as a cause for expulsion of Turks from Serbia. The suggestion to settle the conflict between Turks and Serbs in the Conference of Great Powers was made by the French Minister of Foreign Affairs, Edouard Thouvenel, and the Principality enabled the support of Paris and St. Petersburg. In the Conference held in the Constantinople suburb Kanlidza from June to September of 1862, the French Ambassador Lionel Moustier successfully defended Serbian attitude. With his eloquency and pacifying attitude, he disabled Turkish Government in imposing difficult and demeaning conditions to the Principality: spreading the area of Belgrade Fortress and demolishing the part of the city of significant buildings and trading streets. Thanks to the French Ambassador, Serbia got the guarantee that they would not be bombed again. The demolition of Fortress of Uzice and Sokol and the expulsion of the Muslims from Serbia was predicted by the Protocol of Kanlidza from 8th September 1862 in accordance with the clauses of Hatti­sherif from 1830 and 1833, including Belgrade. Still, under the pressure of the powers which supported Turkey, such as Great Britain, as well as foreign political affairs connected to the expedition in Mexico, France had to give up the support to the main Serbian demand for Turkish garnisones in Belgrade, Sabac, Smederevo and Kladovo to leave the Principality. The Government in Paris insisted on the precise application of the clauses of the Protocole of Kanlidza Conference. In the first half of 1863 during the work of Military Committee in Belgrade, which was in charge of setting the limits of Belgrade Fortress Area, the French representative Joseph d’Andlau managed to get the support of other commissaire for his solutions, having made the compromise between the needs to defend the Fortress and the needs of the Serbian population.