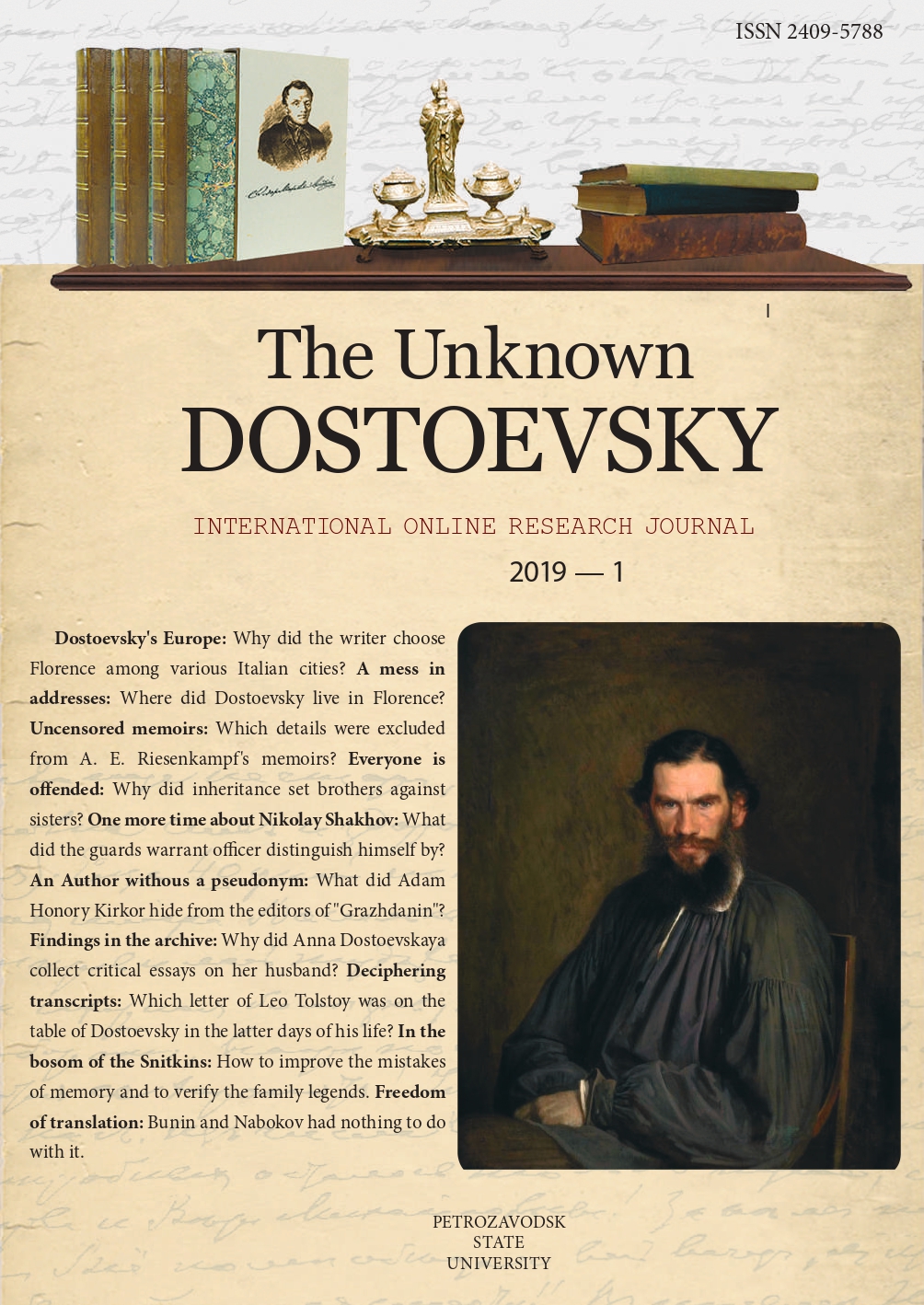 Summary/Abstract: The article presents a new series of newly discovered facts about the last period that F. M. Dostoevsky spent in Florence, Italy (1868–1869). The search and study of the archives has unfolded a series of documents and maps that shed light on important and never published facts concerning the writer’s life and his literary activity, putting forwards new assumptions about the period in which his plan of a novel “Atheism” arose. To begin with, we know that the house in Guicciardini Street, where Dostoevsky lived during the first months of his last stay in Florence, has not been demolished completely, leaving its facade intact up to nowadays. Secondly, a certificate has been found: in it there is the address of another florentine house, that has never been mentioned before. Thanks to another archive discovery, the precise identification of the writer’s last address at the Mercato del Porcellino has been possible. From two parish archives, the personal notes of two Catholic priests also came to light and in them the request of a certain Russian Orthodox believer for a Mass and a Benediction is reported: in both of these cases, the addresses given by the enquiring Russian, coincide with the houses in which Dostoevsky lived at the time.