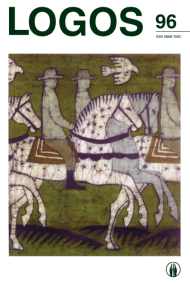 Summary/Abstract: No matter what the intention of adaptation is – creation of it or an attempt to analyse it – Andreas Bazin is usually mentioned. Bazin was a French film critic and theorist. He initiated the famous film reflection magazine “Cahiers du Cinema” (first publication 1951) and wrote „Adaptation or the Cinema as Digest” (1948). In the article the author started talking about adaptations of cinema: the principles of creation, the position of text in relation with the new work, the meaning of adaptation and its impact on film audiences. While using an example of an exposition in a museum, he explains adaptation. We see selected collections of paintings in galleries but we do not doubt the value and originality of these works. Since the middle of the 20th century, the evaluation of adaptation, methods of analysis and access changed. With some reservations, however, the focus of analysis remains on the text (narrative of the adaptation work). This article presents the field of adaptation research, its trends, the dominant context for evaluation criteria, most commonly used methods and tools of analysis. Post-structuralism had a big influence on adaptation research. It “borrowed” some important ideas: the formation of the phenomena of intertextuality and intermediality and deconstructive access.