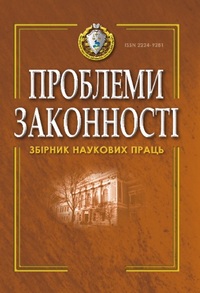 Summary/Abstract: In order to apply Art. 41 of European Convention on Human Rights and Fundamental Freedoms (hereinafter – ECHR, Convention) the European Court of Human Rights (hereinafter – the ECtHR) has to establish the causal connection between the violation of the Convention and the alleged damage. Though the ECtHR does not explain in much detail its considerations on the causation in each particular case, there is no doubt that the ECtHR uses ‘but for’ test. However the application of the ‘but for’ test is quite a complex task when it comes to cases concerning violations of procedural guaranties.In this respect one has to distinguish direct consequences of particular procedural violation, on the one hand, and overall consequences of the proceedings (within which the violation took place), on the other. Non-pecuniary damage (distress, frustration, helplessness) is a direct consequence of the violation. Such a damage is presumed to be suffered in each case. As to the overall consequences of the proceedings several approaches might be followed. First one is ‘all or nothing’ approach, where the burden of proof lies on the applicant: the latter has to prove that but for the violation of ECHR, the overall result of the proceedings would have been different (more favorable to him). Combined with a particularly high standard of proof this approach results in dismissal of claims for damages in vast majority of cases. Second approach may be explained by different theoretical doctrines (alternative causes, loss of chance, reconceptualization of damage). The main idea, however, remains the same: the amount of compensation has to be diminished in accordance with the probability that the outcome of the proceedings would have been different but for the violation of the ECHR.The third approach, that the author advocates, consists in reversing the burden of proof. Whenever the applicant has proven the violation of the ECHR and it is established that the ‘proceedings as a whole’ were unfair, it is the respondent State that has to prove that the violation committed made no difference to the general outcome of the proceedings.