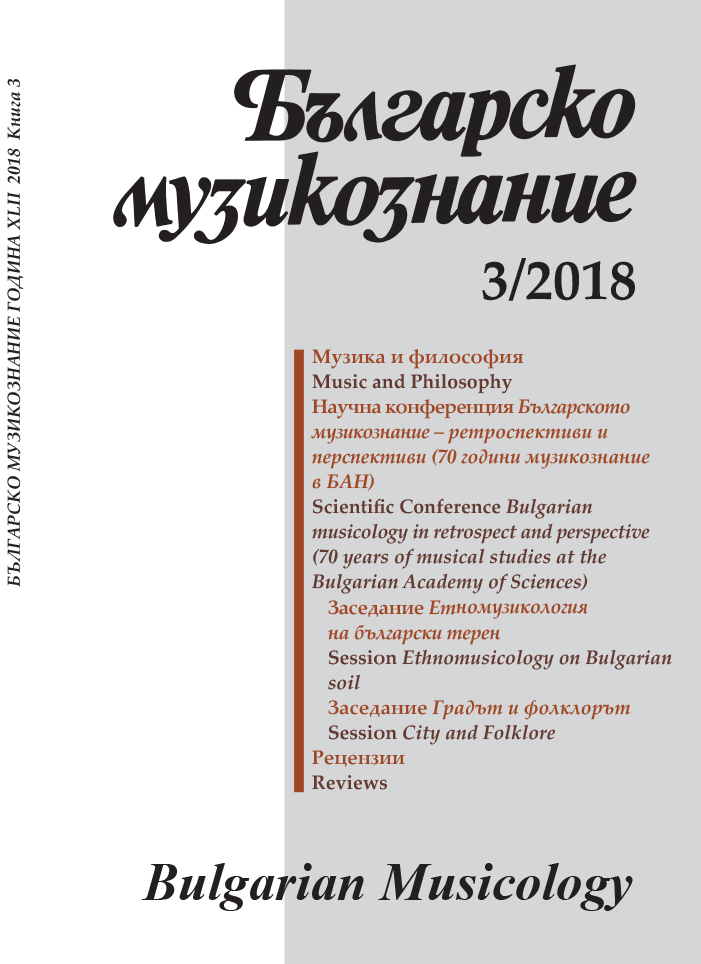 Summary/Abstract: This study makes an attempt to re-examine the common categorization of Boethius’s work, according to which his De institutione musica falls in the rubric “theory of music”, and is strictly separated from his writings belonging to “theology” (De Trinitate) and “philosophy” (De Consolatione philosophiae). Two theses are asserted: the first, that notwithstanding all possible demarcations between the works of Boethius they all express a united world outlook – that of Christianity; the second, that music is not closed only in the sphere of music theory, but on the contrary, it penetrates the other areas of Boethius’s interest. The spirit of Christianity marks the “pure” philosophy in Consolation of Philosophy, joining this work with Augustine’s Confessions. On the other hand, it is music that links it to the death-bed story of Socrates from Plato’s Phaedo, where he who leaves this world sets about making music, following the demand of his dream. When explaining musica humana in his De institutione musica, Boethius says that this kind of music can be understand by everybody who descends into himself. Now, in Consolation of Philosophy, he himself does this, thus performing a musical exercise in his soul. Music passes through all the levels of the work – from the peculiarity of its genre, full of melopoia incrustations, through lexical net around the words melos, emmelēs, sweet voiced speech, etc., and to the innermost connection between music and death.