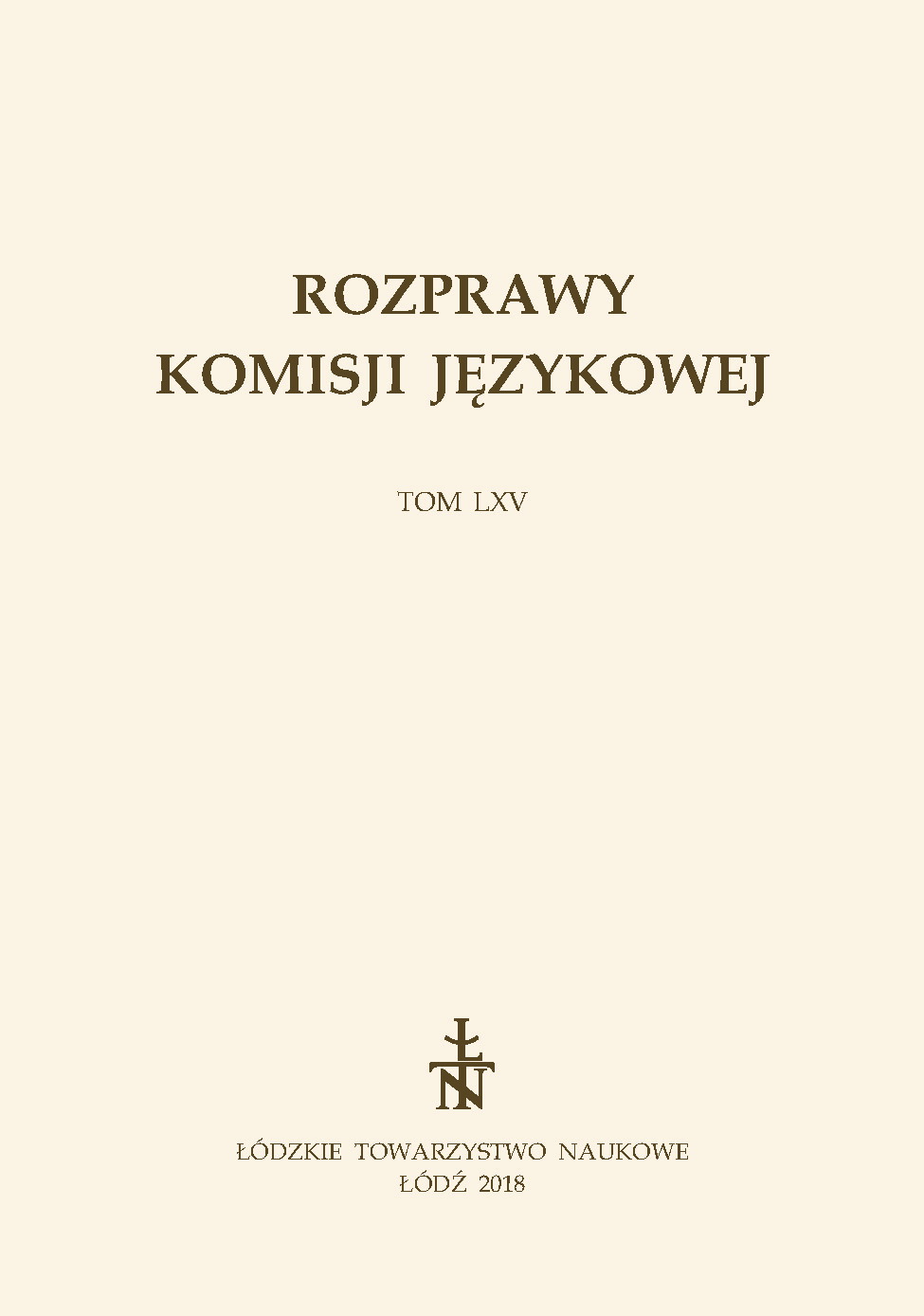 Summary/Abstract: The article is an analysis of meanings and temporal relationships expressed by means of past adverbial participles in the Russian dialect spoken by the Old Believers living in Poland. Linguistic samples have been excerpted from the recently collected material as well as from the research which was carried out by Iryda Grek-Pabis and Irena Maryniak between the 1950s and the 1970s. The Russian dialect used by the Old Believers is considered closest to the western group of Central Russian akanie dialects, the so-called Pskov group. Past adverbial participles ending in -(f)šy are widely used in the Old Believers’ dialect and they are formed on the basis of both transitive and intransitive verbs. In contrast to the standard variety of Russian, in the dialect used by the Old Believers inhabiting Poland, adverbial forms ending in -(f)šy can function as predicates. In the researched dialect, past adverbial participles can be used to express, for example, an activity performed in the past whose result is still present at the moment of speaking, a feature or state of the subject in the present or in the past, a feature or state of the object which is the result of an activity performed in the past, an activity anterior to another activity in the past, a conclusive meaning, a possible result in the present, a probable future activity expressed in the past, a possible consequence in the future, an activity anterior to another activity in the future, an activity or state accompanying another activity in the present, or two activities happening at the same time in the past.