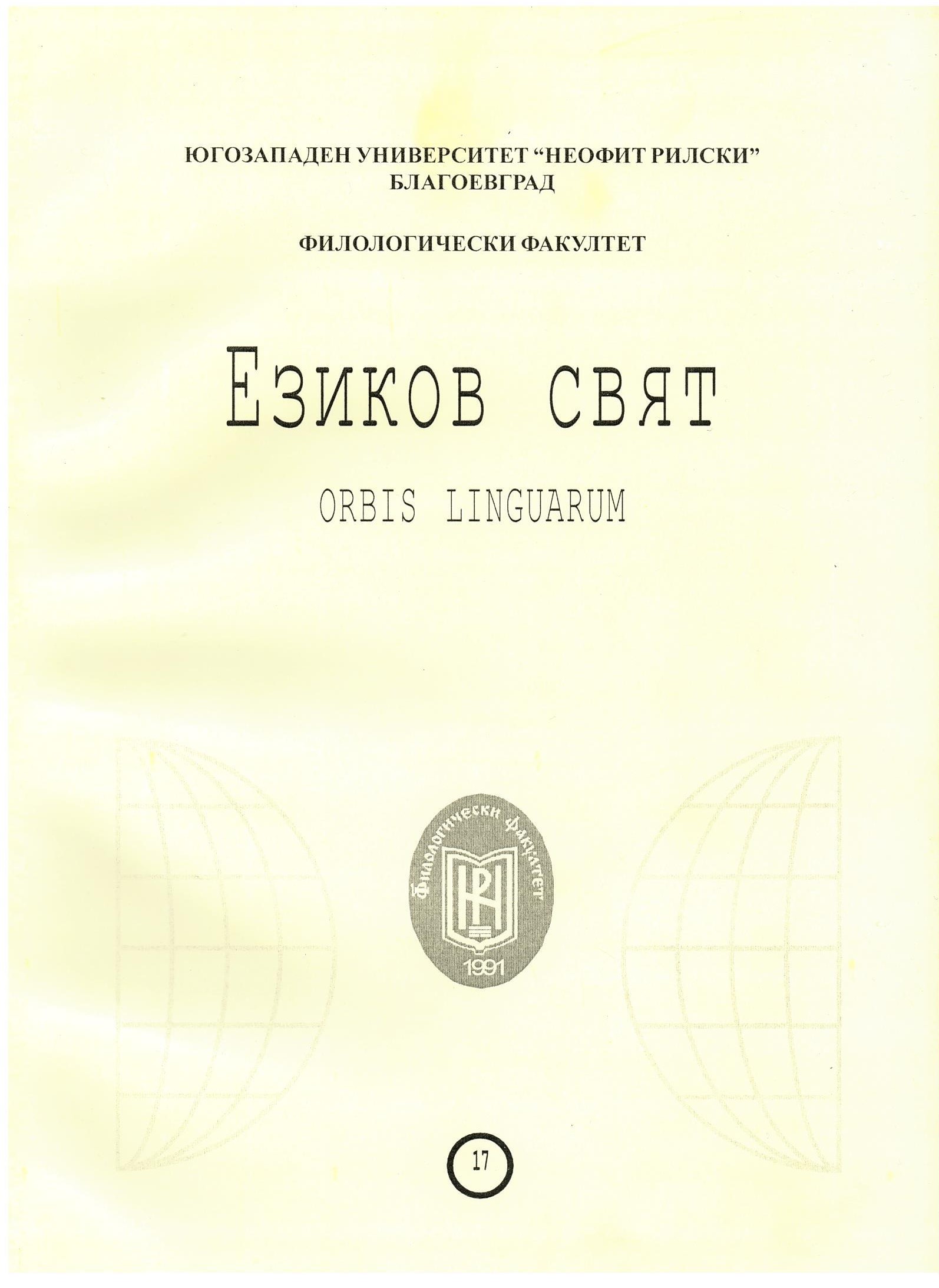 Summary/Abstract: The article is dedicated to the problem of intermediality in the works of the Bulgarian writer of the second half of the twentieth century Pavel Vezhinov. The phenomenon of intermediality as a form of transgression outlines the integrating nature in the development of the contemporary arts and is challenging for literature. The aim of the article is to examine the variations of the interaction of verbal and visual (painting, coloristic and architectural models), verbal and audio (music that exists in the novel, and music that is a result of inspiration) and verbal and synthetic (cinema and theater) kinds of art. The object of the research are the texts written by Pavel Vezhinov - "The Blue Butterflies", "Barrier", "Night with the White Horses". The study reveals a terminology system that is used to analyze the phenomenon of intermediality, points out the works of the researchers and literary schools which develop the theoretical and practical approaches to intermediality. The analysis of the descriptions of visual arts enables the studying of picture-ekphrasis - the description and existence of the picture as a literary image, urboekphrasis – the city as the hero of the work, oikoekphrasis – a description of buildings as architectural artifacts. Musical ekphrasis is considered as a musical image existing in the text, but needs another participant / participants to voice it. It is revealed at several levels: the heroes are creators of music; music is a kind of accompaniment to their lives; Vezhinov's works are an inspiration for writing other musical pieces. To sum up, the variants of ekphrasis (picture-ekphrasis, urboekphrasis, oikoekphrasis, musical ekphrasis) and the interaction of verbal and audio, verbal and visual, verbal and synthetic arts in the works of Pavel Vezhinov prove to be very fruitful for the investigation of intermediality.