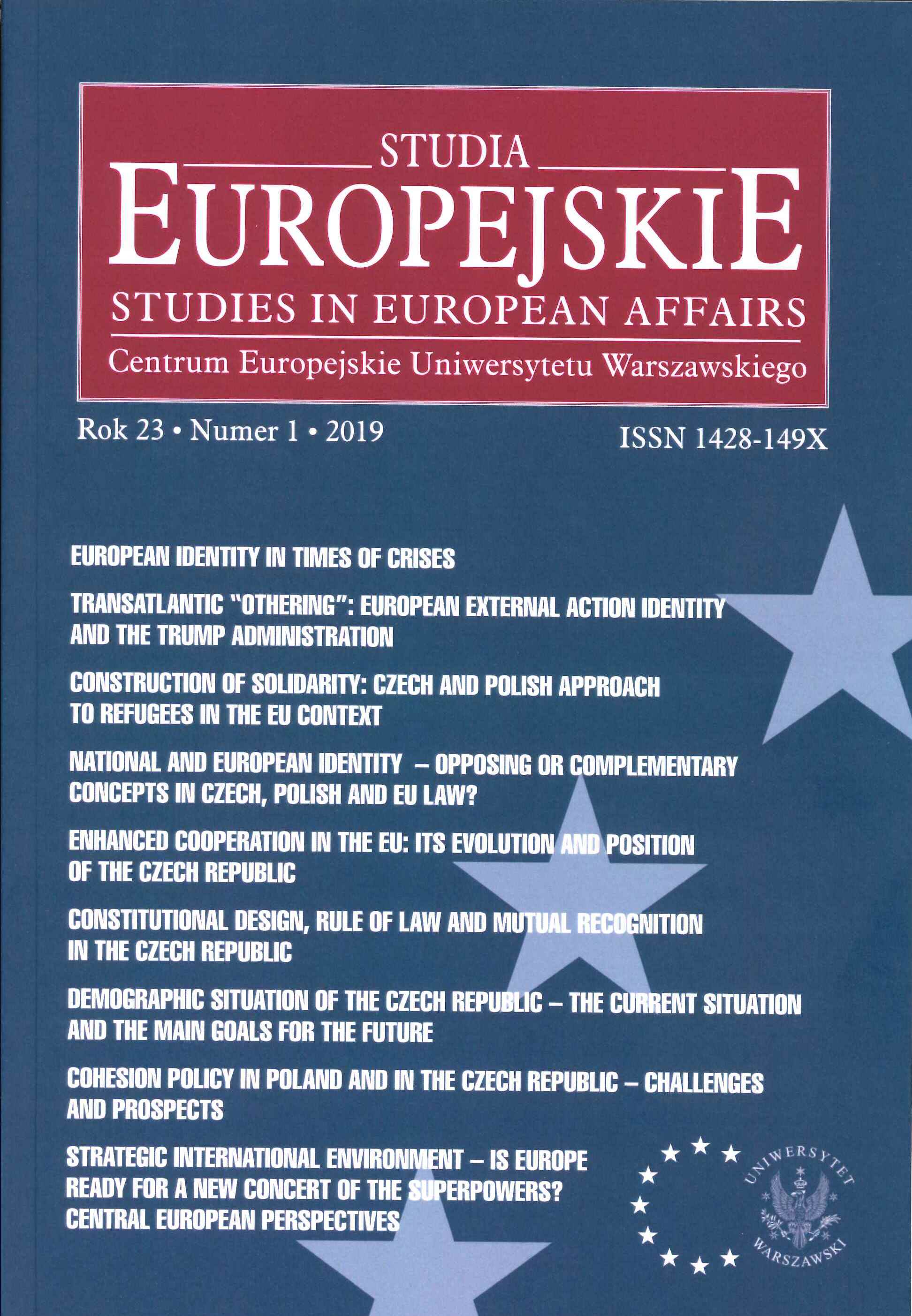 Summary/Abstract: Foreign policy is not only a reaction to the world as it is, but it also attempts to build a world as it should be. The European Union, being anactor on the international scene, grounds its external action in conceptions of the necessity of multilateralism and in building postmodern (post-Westphalian) notions of state sovereignty. These elements are an inherent part of the Union’s “foreign policy/identity nexus”. The identity is reinforced by significant “Others”, who do not share the EU’s view of the idealworld order. The Donald Trump administration’s reluctance and even repudiation of multilateral solutions is a challenge for the operationalization of the EU’s “foreign policy/identity nexus” and thus the US is currentlyin the position of the Union’s constitutive “Other”. However, while wewould expect that this development would reinforce the EU’s external actionidentity, the Trump presidency has at the same time empowered antiglobalistand sovereigntist forces in Europe, which will drive wedges intoEU foreign policy and cause further incoherence, especially along the new/old member state divide.