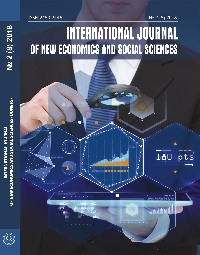 Summary/Abstract: Baruch de Spinoza, also known as Benedictus de Spinoza, Bento de Spinoza or Bento d'Espiñoza, is the philosopher of Jewish origin. He was a descendant of Jewish refugees from Portugal. He learned for the rabbi, but he took a critical position on religious dog-mas. Because of his religious beliefs he was expelled from the religious community in Amsterdam, accursed and charged with heresy and then expelled from the city. In 1672 he was offered a proposal to teach at the university, but he refused it. His writings were not published in his lifetime. In order to maintain material and spiritual independence, he earned the money by grinding lenses, but what worsened his lung disease and he died from the consequences of the illness at the age of 44. The author analyzes the work Ethics in his study.