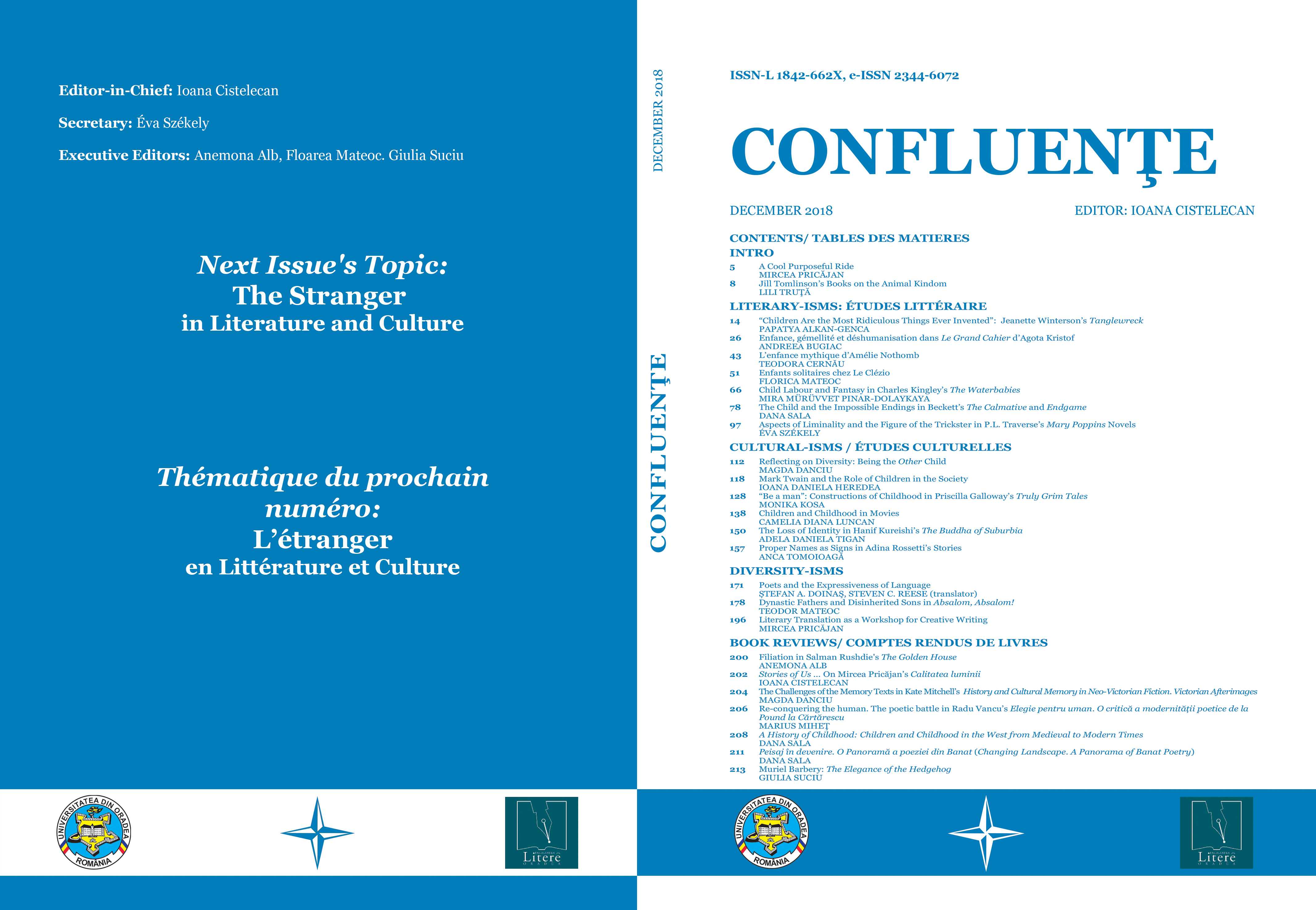 “Children are the Most Ridiculous Things Ever Invented:” Jeanette Winterson’s Tanglewreck

Summary/Abstract: Tanglewreck (2006) is Jeanette Winterson’s second book for children, the first being King of Capri (2004). It is a rich blend of fact and fiction, different writing modes such as the realistic and the fantastic, different genres such as detective fiction and fairy tale, and different epistemological domains such as literature and science. It follows various familiar tropes of children’s literature: an orphaned kid suffering at the hands of a terrible adult until one day he/she, through a series of adventures, reaches a happy resolution. Although Tanglewreck employs these tropes, it also departs from conventional children’s literature in several respects. Therefore, this article looks into the ways Winterson installs and deviates from tropes and motifs of children’s literature, and it argues that this deviation is most evident in two aspects: the novel’s incorporation of scientific knowledge through which the text becomes a host of themes that are traditionally associated with adult literature, and its abundant intertextual references which situate Tanglewreck within a postmodern mode of writing.