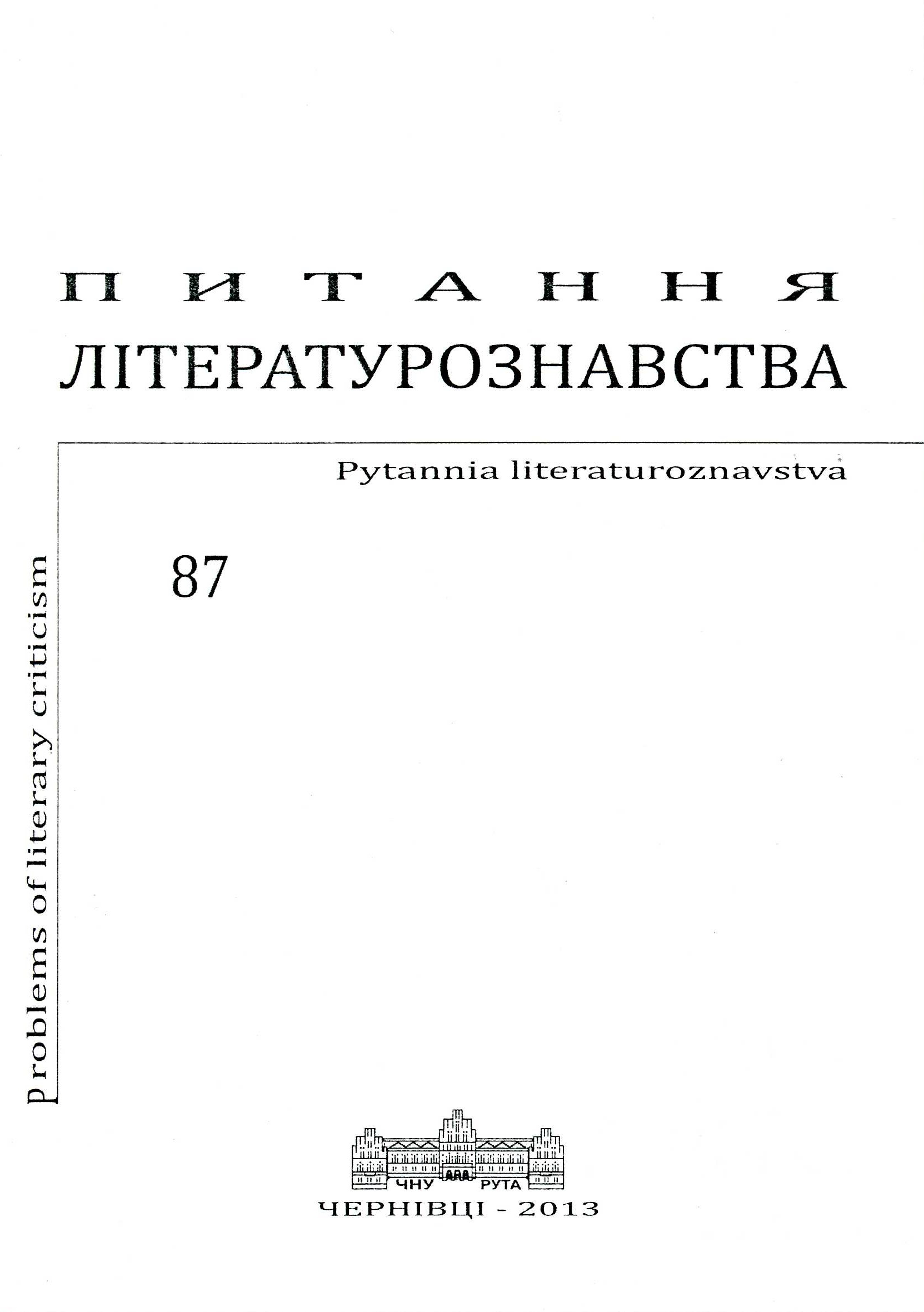 Summary/Abstract: The purpose of the proposed article is to highlight the shaping of the archetypal stereotypes in terms of contemporary literary studies, their genesis according to the peculiarities of the psychological type of characters, and therefore produce “individual” stereotype. Appropriate ways to solve this problem is narrowing the chain of archetypal stereotypes at the level of Robert Musil’s paradigm creativity, which is referred to as "female".In particular, we looked at the character of Gerda from the novel by Robert Musil “The Man Without Properties”. The analysis is focused on the androgynous aspect and mythical purity by means of which the narrative situation around Gerda is outlined, and this figure becomes more versatile in perspective. The emphasis is on the “triple negative connotation” of the character: sensory underdeveloped in terms of senses, raised in a Jewish nationalist family, used as an object in family conflicts of her own parents. All this suggests that Gerda represents the archetypal stereotype of “femme fatale” in the novel with the corresponding variable semantic load. As a result, we identified the following dominants: excessive childishness in actions and deeds, the desire to overcome the “Oedipus complex”, Hermaphroditismus, primary desire as a sign of hysterical physicality, immaturity and weakness of mind, indecision and frustration in sexual terms, which she tries to compensate by using the potential spiritual and creative (read – perverted sexual) energy to promote the national-socialist ideas.Theoretical and methodological basis of the article are Ukrainian and European scientists working on the problems of gender studies and feminist criticism (I. Zherebkina, Yu. Kristyeva, Z. Hedok).Significance of our study is in virtually grounded thesis on the impact of the archetypal unconscious on personality formation, which opens new perspectives for further research of female (stereotypical?) figures in Musil's texts.