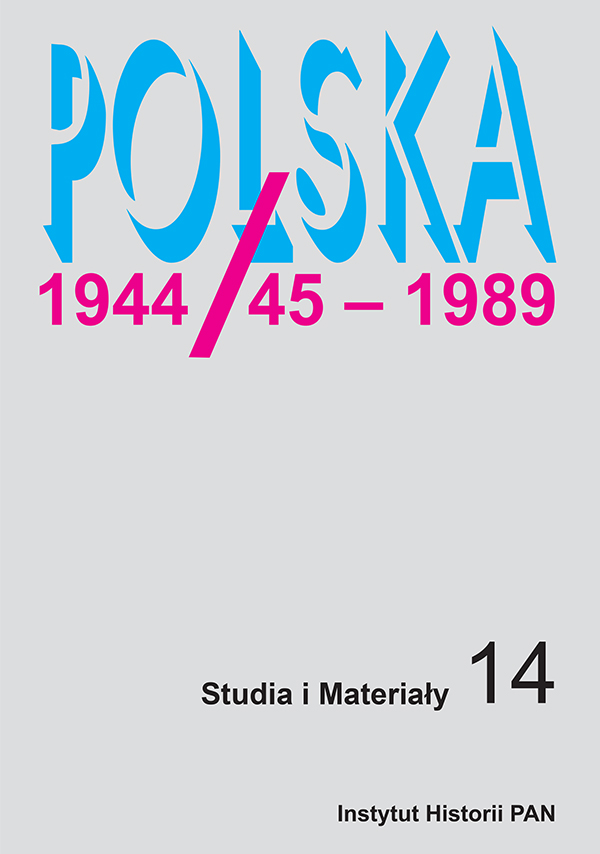 Summary/Abstract: Residential institution were the most important form of child care provided by the Workers’ Society of Friends of Children. They were divided into two categories: centres financed and managed directly by the General Board of the WSFCh and much poorer houses of worse category – managed and financed by respective branches of the Society, usually short of money. This made the children under the Society care divided into two categories: the better ones and the worse. After 1946 the most representative of all centres was “Our Home” named after Maryna (Maria) Falska, where the most gifted and smart children were put. Centres of high priority, closely related to the ideological principles of the Society, were kindergartens: factory and district ones (managed by the WSFCh). An important role was played by common rooms the number of which was gradually increasing. The Society organised special mass actions to improve health of children, their recreation time and cultural development. An original form of cultural education within the WSFCh’s activity were theatres for children (there was five of them in June 1946). After the creation of Society of Friends of Children (May 1949) the so-called “rescue” and care activities were progressively limited, which meant that many centres managed so far by the Workers’ Society of Friends of Children and Society of Friends of Children went under the state administration; it were mainly children’s homes, youth homes, homes for young children, care centres for mothers with children, train stations centres, kindergartens, nurseries, season kindergartens, and others.