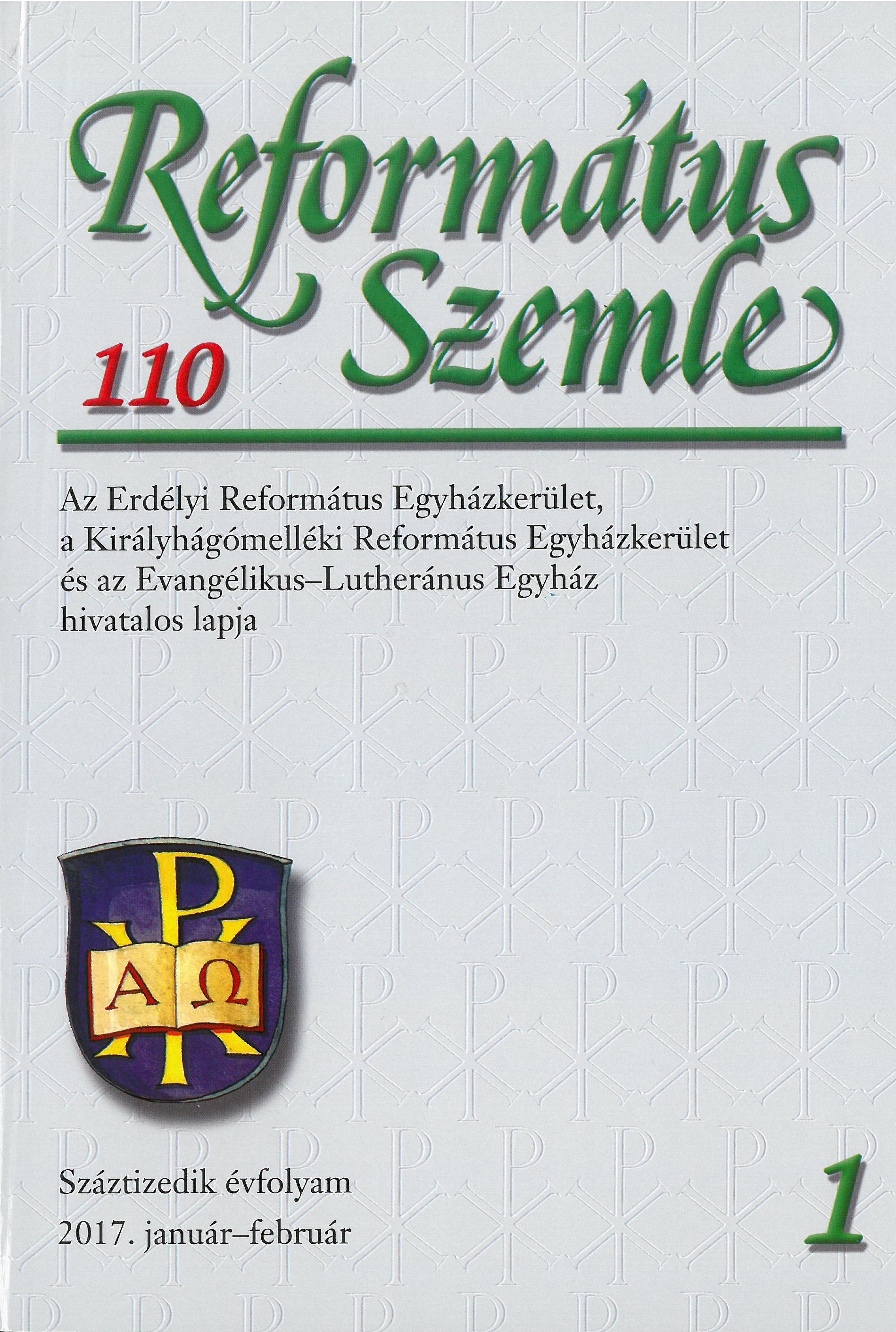 A békéltetés szolgálata (2Kor 5,18—20) A közösség alapproblémája
The Ministry of Reconciliation (2 Cor 5:18—20). The Basic Problem of the Communion

Summary/Abstract: Why are humans unable to live in communion? And if so, why cannot they live without communion? How does God lead one back to a communion with himself and other humans? This magisterial study prepared in 1947, after the Second World War, looks for answers to these questions from a biblical perspective and attempts to answer the problem of Christian community along the following lines: 1. God created humans in a way that the essence of humanity is a communion of love with God and his neighbours. 2. The Bible points to the destructive role of sin, which is characterised as self-willingly ripping humans from the Father and the community of brothers and sisters. 3. From this dark background, the redemption of Christ shines forth, the justification by faith and through grace, which creates a real community, namely the church. This study emphasises the relationship between individualism and collectivism, the development of self-consciousness, the worth of science and philosophy as well as the role of state. The study highlights the inspiration of the influential masters of its time, most notably Emil Brunner.