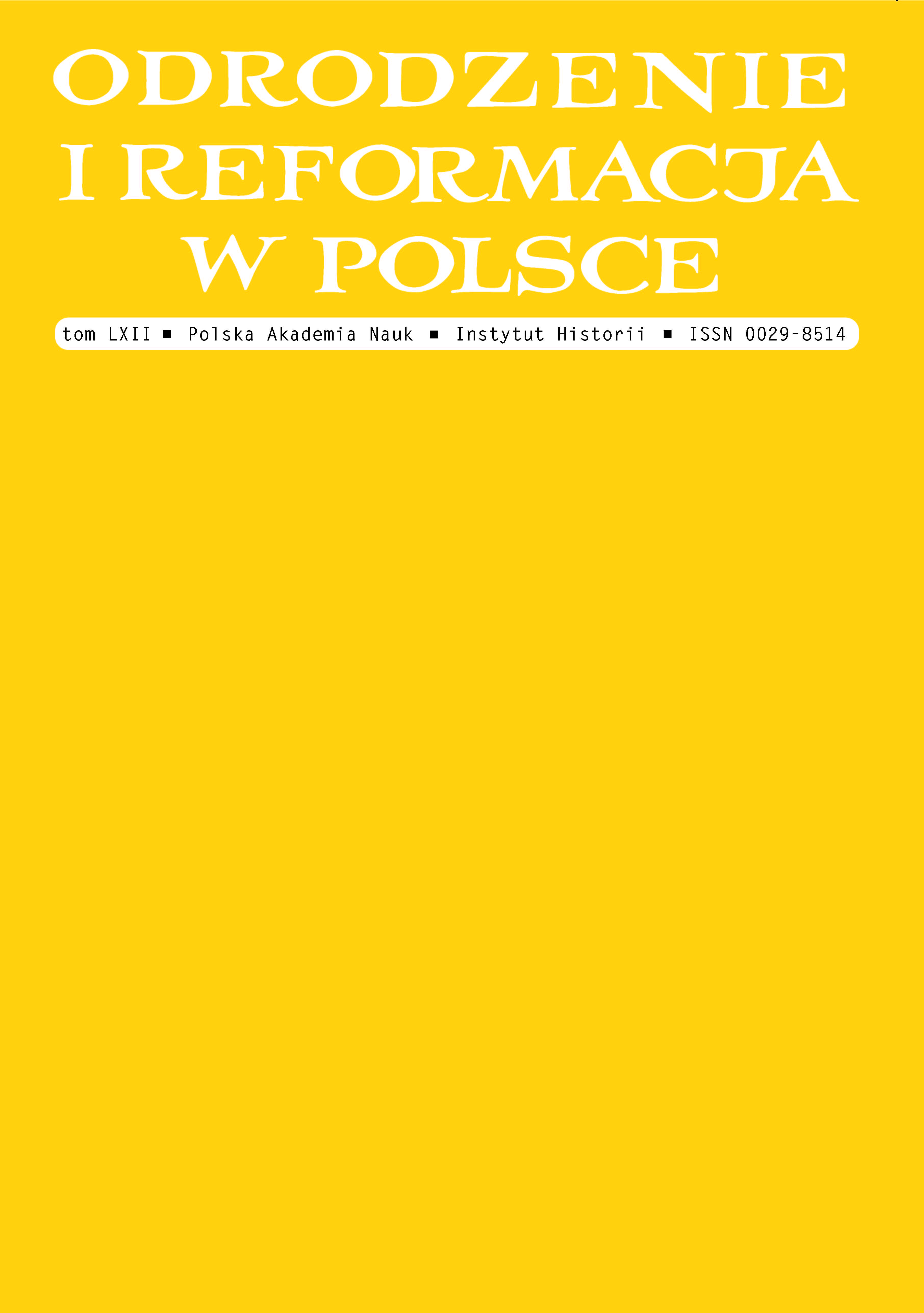 Summary/Abstract: The article presents the life of nobleman Jan Kunowski, a three times director of the Lithuanian Evangelical Reformed Provincial Synod in the Grand Duchy of Lithuania. There are various forms of his activity described – as a poet, condotierre, cartographer, diplomat, official, royal secretary, and landowner. His career was not as successful as it had been indicated by both his intellectual potential and patronage of his patron Aleksander Gosiewski. The study explains why he changed his place of residence four times, and every time he abandoned either his post or profession performed.