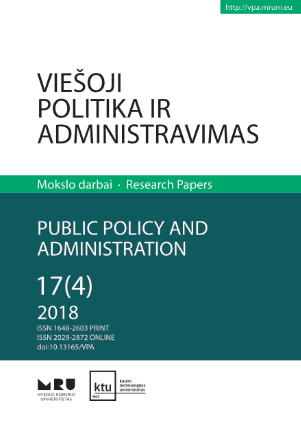 Summary/Abstract: The article presents an analysis of social security discourses produced by contending political actors in non-democratic Belarus. Initially, we outline the current situation of social security policies in Belarus. Then we identify key concepts regarding social security and examine how they are used in presidential campaigns of 2006, 2010 and 2015. We focus on political candidates’ perception of responsibilities and distribution of duties among different welfare agents (state, business, society and family). President Lukashenka incrementally enriches his idea of the social security – predominantly organized by a paternalistic state – with neo-liberal elements (oriented towards free market) and conservative values (cherishing traditions and the family). The alternative candidates highlight important social problems and propose innovative ideas. The non-democratic leader appropriates social security ideas from the opposition. The Belarusian case is an example of pragmatic autocracy which constructs its social policy discourse using paternalistic legacies, populist promises and references to the free market, yet the arbitrary and repressive state maintains the monopoly.