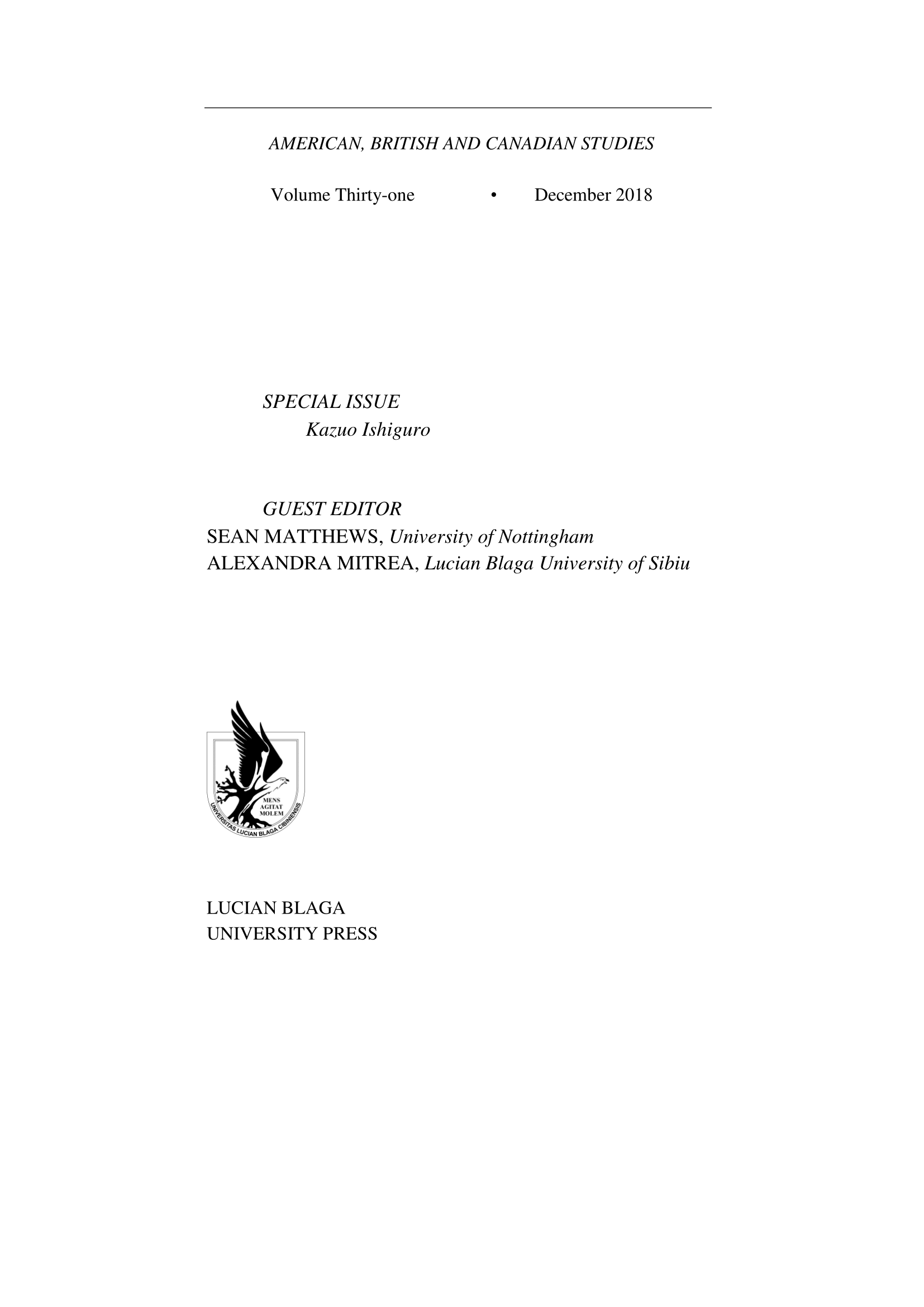 Summary/Abstract: In the context of twenty-first century global conservatism, where antiimmigrant sentiment is everywhere apparent, the importance of Ishiguro’s writing arguably lies in its on-going challenge to this perspective’s faulty logic and its capacity to reveal the radical violence behind nationalist political attacks on minority and immigrant populations. In this article I explore this challenge explicitly through a politically-oriented reading of The Remains of the Day (1989), highlighting this novel’s joint critique of Thatcherite nationalism and late twentieth century global entrepreneurialism. While this focus obviously represents a response to an earlier sociopolitical moment, defined by its own unique amalgam of ideological anxieties, nevertheless what emerges most prominently through this reading is the novel’s topical condemnation of cultural essentialism and its attendant hierarchies, concerns which remain of utmost critical significance within the twenty-first century. Thus, by making this assessment explicit, highlighting British conservatism’s devastating psychological and material implications for affected individuals, ranging from repressed and traumatised psychologies to radical economic precarity, this novel can be seen to register Thatcherite prejudice in a poignantly relevant manner. Indeed, the pseudo-respect granted to the ‘genuine old-fashioned English butler’ in this novel might also be seen as comparable to Trump’s pseudo-populism or Brexit nostalgia, both of which likewise ignore the pressing reality of imperialism’s historical violence.