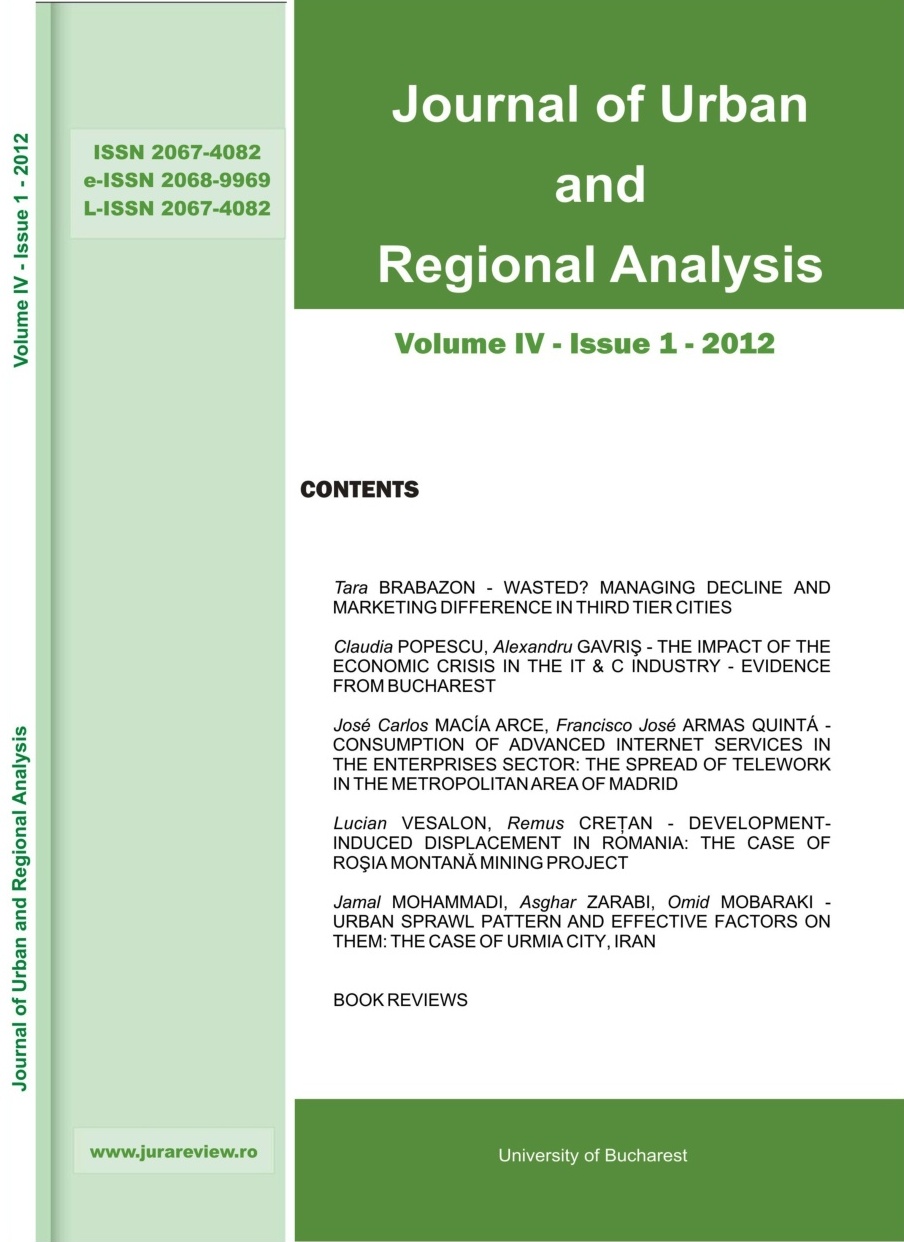 Summary/Abstract: Urban sprawl has become a remarkable characteristic of urban development worldwide in the last decades. Urban sprawl refers to the extent of urbanization, which is a global phenomenon mainly driven by population growth and large scale migration. In developing countries like Iran, urban sprawl is taking its toll on the natural resources at an alarming pace. The purpose of this paper is to study urban growth and effective factors on them in the city of Urmia, Iran. We used quantitive data of the study area from the period between 1989 and 2007, and population censuses of Urmia. To measure the model of urban growth, Holderness and Shannon’s entropy were employed. The Urmia case is interesting for several reasons: first, it is a case of very fast urban growth even for a developing country; second, it illustrates how the fastest rates of urban sprawl may correspond to middle size cities rather than to large centers. Third, it portrays a land substitution process in which agricultural land is not the primary provider of urban land which is relatively rare in urban contexts, and fourth, it also illustrates how urban sprawl may also hide important internal land uses such as the presence of agricultural plots within urban boundaries.