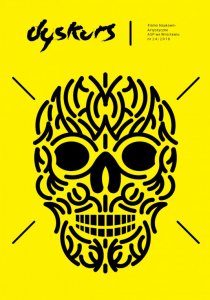 A jeśli śmierci nie ma…
What if there Is No Death…

Summary/Abstract: The text undertakes the subject of death in the perspective of cultural studies, at the same time preserving the chronology of the intellectual reflection on these issues. The main thesis is presenting changes in the approach to the category of death in the history of the Mediterranean culture. Practically, the category of death has been perceived in two aspects: culturally (religiously) and „scientifically”. What is more, in biblical times the „scientific” aspect was not present, whereas the religious one dominated. In the course of time and development of science the proportions between these two aspects become reversed. The changes are directed towards the secularization and the scientific bias of the image of the world, which in the civilization of the West in the 20th century have reached the apparently extreme dimension. At the same time, these changes as a whole have not brought about the „taming” of death by man and the conclusion must be drawn that some sort of respect of its power will always accompany people.