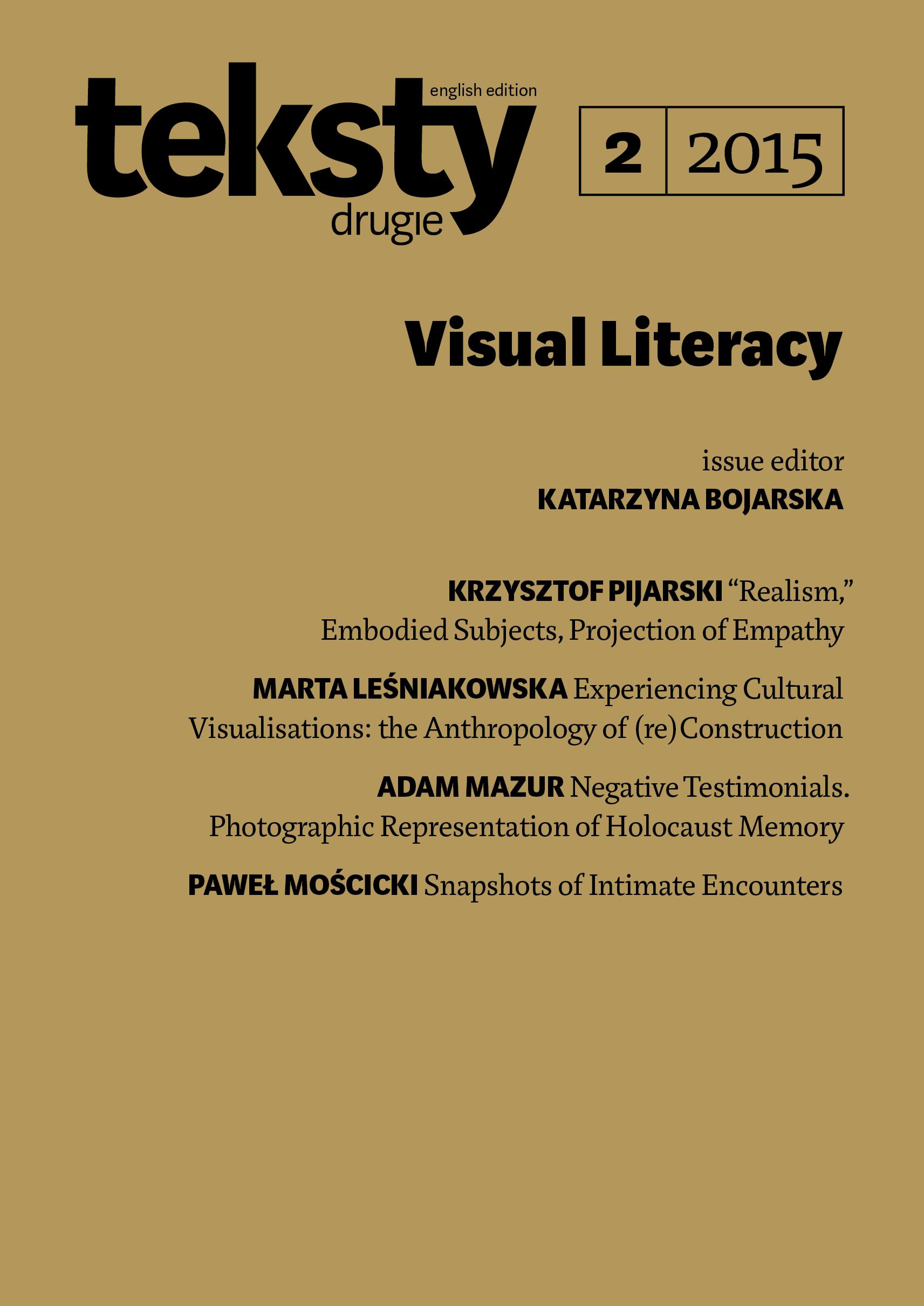 Summary/Abstract: The article sketches the perspectives of a particular view on realism, which could be called “embodied” or “empathic”. Realism is perceived as a strategy of transcending the abstracting powers of the image (and also as a practice of resistance in the culture of the spectacle). The argument is based above all on Michael Fried’s writings on the “great” 19th century realists: Thomas Eakins, Adolph Menzel and Gustave Courbet. Their work is interpreted through the theoretical framework of embodied phenomenology and empathy theory, in the context of Jonathan Crary’s studies on the emergence of modern subjectivity. The example of Douglas Gordon serves to open up the proposed reflection to contemporary practices.