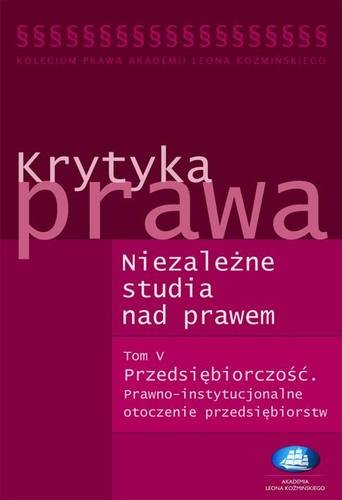 Summary/Abstract: Mass migrations entail cultural changes in host nations. These also include the legal culture. Ours is the culture founded on the idea of equality and respect for individual rights, most profoundly expressed during the Great French Revolution. This culture is currently under pressure from migrants bringing in their own vision of society and law. Some of it promote the inequality of men and women, reluctance to recognize secular law as law and disregard for democracy as a manmade order of things. The changes are hard to resist as the newcomers enjoy the protection of formalistically understood human rights. The need to respect the culture of the new arrivals, rooted in our legal culture, works as a centrifugal force. To respect everybody’s needs a cohabitation of conflicting values is being tolerated. For example, it is morally wrong that known terrorists and Somalian pirates receive compensation for minor procedural violations by order of European courts from the same taxpayers who were exposed to their vile efforts. What suffers is equality and democracy and trust in the rule of law. We are standing on the crossroads and some measures have to be taken to protect European legal culture from feudalization where each ethnic group is governed by its own law. One of the measures is to start paying attention to collective human rights of the indigenous nations that built that culture. It is time to apply the Radbruch’s doctrine on morally unaccepted effects of both existing laws and certain court decisions. An old adage “no democracy for the enemies of democracy” fits the needs of today.