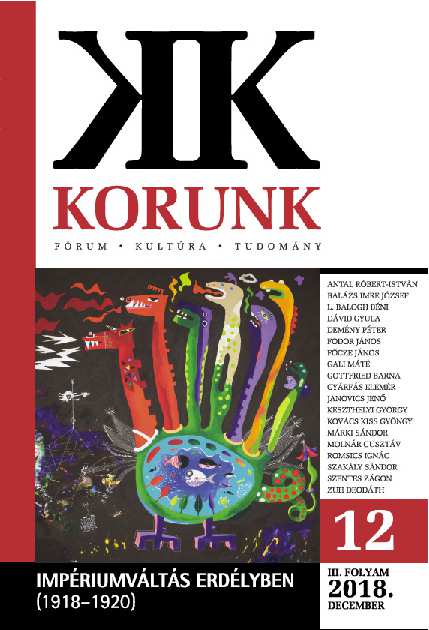 Summary/Abstract: Collapse. This is probably the best word for describing the processes of the last trimester of 1918 in the Austro-Hungarian Empire and the Hungarian Kingdom. The military and political leadership of the Empire could not have messed up the Habsburg Empire more efficiently. Far from stopping the erosion, it unwillingly intensified its effects. The political leadership also failed along with the military defeat. The situation was the same in Hungary. The failure of the entire Hungarian political elite and the establishment of the Hungarian National Council, with its first measures, further deepened the crisis. At the same time, it was also the realization of the ideal of 1849. An independent Hungary fell into their lap. One could go on enumerating the further results of the new regime, but there weren’t any. The failure and the lack of results of the military policy was complete. They did not succeed in equipping even one of the eight regiments allowed by the Belgrade military convention. The only refreshing exception was the 38th Regiment, renamed to Szekler Regiment on 20 January 1919. This military unit can be viewed as called to life by the necessity of defending the country’s territorial integrity, protecting Transylvania and the Szeklerland. Its existence and history could provide the opportunity to analyse the issue of armed defence of this period.