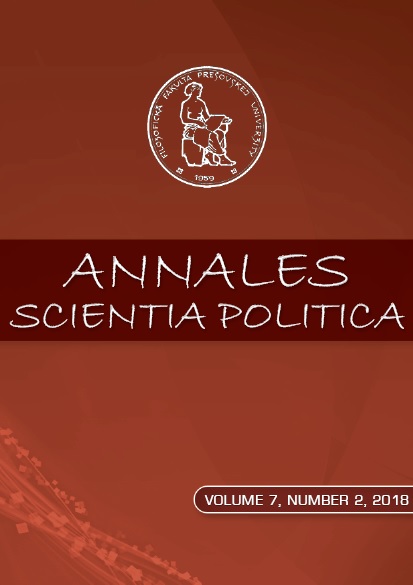 Summary/Abstract: The paper analyses women’s representation at the local level in Slovakia, or at the level of all (almost three thousand) Slovak municipalities, respectively. We focus on determinants of women’s descriptive representation in mayoral offices and how various factors (socioeconomic, cultural, or political) affect women’s political representation at this level. The main findings of the paper are that education or cultural factors (Catholicism and share of the population with Hungarian nationality) had only very limited effect on women’s representation, in contrast to the much stronger negative effect of the municipality size, which significantly decreased number of women in the position of Slovak mayors. However, we show that the strongest effect on women’s chances to be elected to the position of the mayor is whether women held mayoral post in a given municipality in a previous electoral term. This factor strongly favours women in following mayoral elections and at the same time it explained almost all variance in the dependent variable.