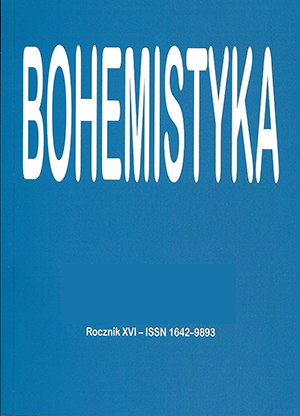 Summary/Abstract: In Czech cultural tradition the heroic paradigm based on respecting the imperative of sacrifice lives for the homeland is often replaced by different identity patterns in which patriotism is not the matter of „great” and spectacular gestures but it is manifested itself through daily routine and the idea of the organic work. The heroes of this work are mostly writers, journalists, scientists or – sometimes – businessmen, but it is hard to find among them soldiers and insurgents fighting for ideals in heroic way. This situation, which some poets and prose writers (f. e. Viktor Dyk or Julius Zeyer) consider as a disadvantage, is comprehensively shown in famous novel of Josef Škvorecký Cowards.