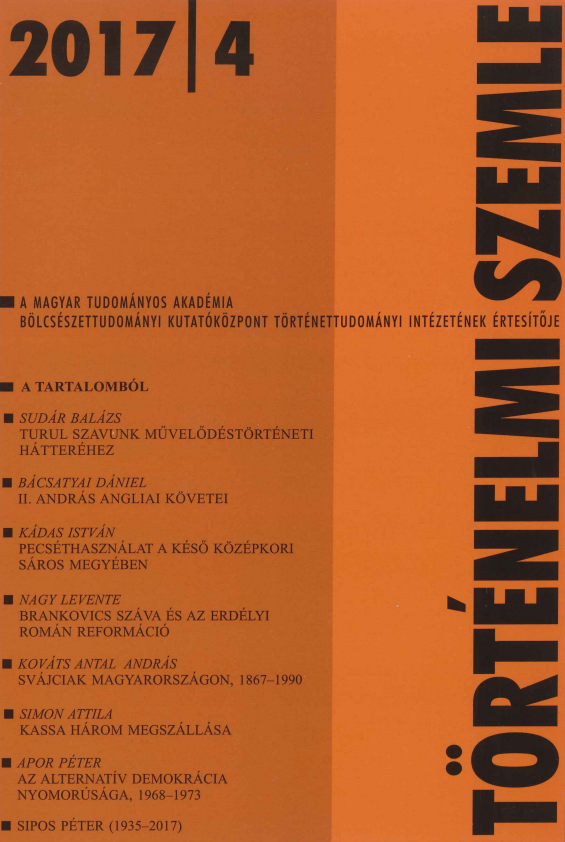 Summary/Abstract: As medieval sources of the southern Great Hungarian Plain are scarce and limited, every little crumbs of information should be cherished by the researcher. This is especially true, when one stumbles upon an especially rare type of medieval source related to the region, which, in our case, is the registry of the revenues and expenses of the Sződi manor in Arad County obtained by Gersei Pető János and György from 1506/07. The luckily survived document from 1517/18, according to which the castellan of the manor was able to record 335 forints of revenues, provides a great insight into the nature of the incomes and the forms of revenue utilizations ranging from Pető János and his family’s personal expenses, through the costs of running the manor, the cookhouse, the salary of the retinue and other military expenses to the purchases of various types of simple clothes. The analysis of the registry is preceded by the summary of how the Gerseis gained a foothold in the region which intends to highlight the steps and the circumstances of the acquisition of the possessions known as the former Pósafi estates. Also, while investigating the actual size of the Sződi manor and the southern assets, the study attempts to examine the Gerseis’ relationship with their lay and clerical, prestigious and less significant local neighbors as well.