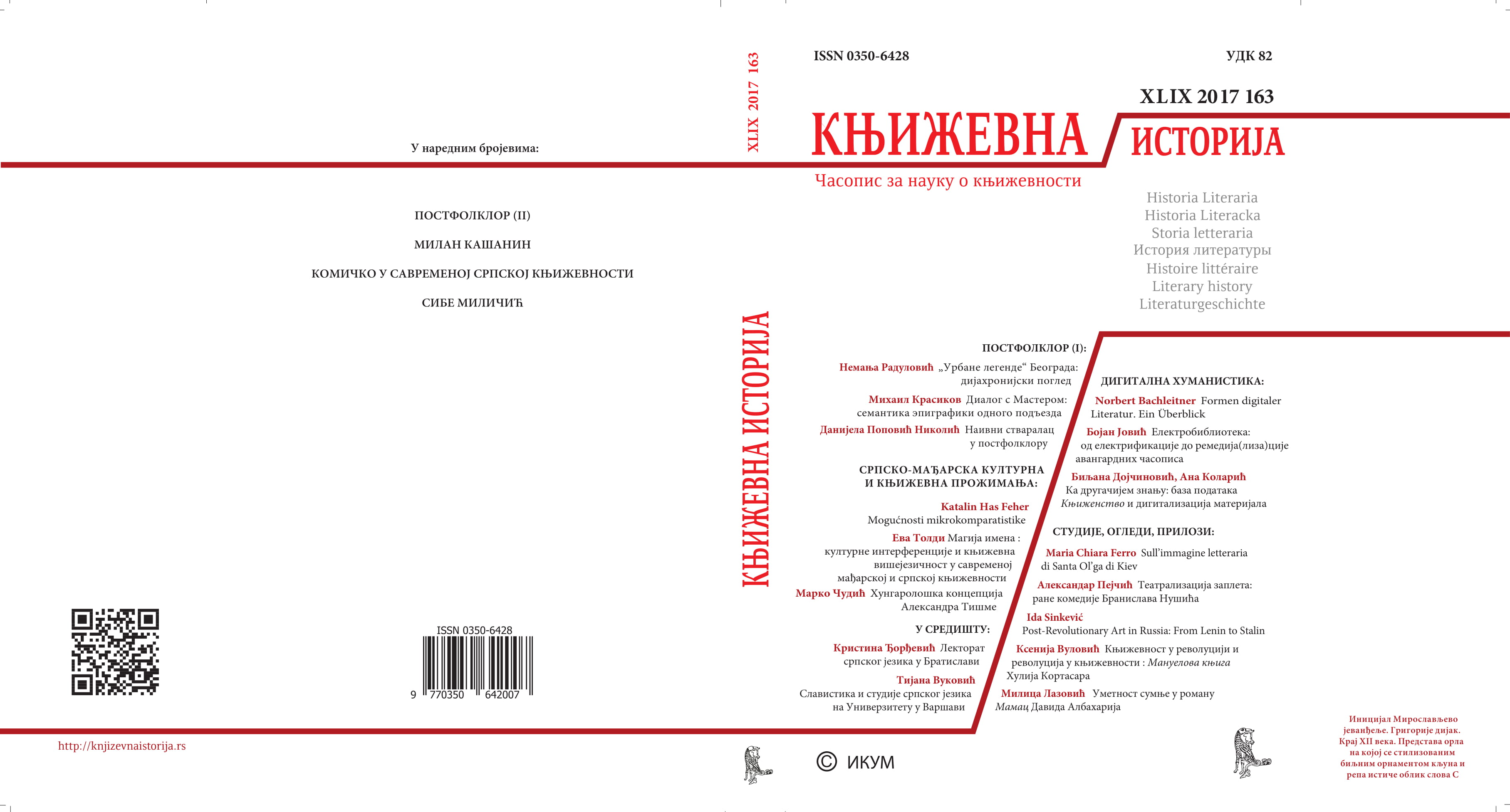 Summary/Abstract: While the research of urban/contemporary legends has recently gained in popularity in the Serbian ethnology, it is – expectedly – focused on the recently recorded narratives. In this paper we aim to add a diachronic perspective to this research by providing examples from the memoirs and diaries written in Belgrade from the 19th century until the 1960s. The traditional folkloristics has mostly overlooked such narratives, since they do not correspond to the expected “folk poetry” associated with the rural communities. Therefore, they have been confined to the status of private texts. Our overview confirms the existence of some known types from the Communist period (e. g. Runaway Grandmother, Roasted Baby, Accidental Cannibals), marked with strong political (anti-regime) symbolism, which makes them somewhat different from their Western counterparts. In some cases, it is possible to follow the examples through different periods. A blood libel from 1841 transforms into the rumour about making sausages from kidnapped children during WW2, then into stealing blood for “foreigners” and regime leaders in the 1960s, and finally into the organ stealing nowadays. Of course, this does not mean that one variant derives from the previously recorded one (as some historical-geographical approach would suggest), but that there is always a kind of repository of the previous variants providing a narrative “soil” for the emerging ones (as E. Morin opined as early as the 1960s). The 19th-century Belgrade legends (blood libel, buried treasure, woman giving birth to a dog) still show the traits of the traditional folklore. Their comparison with the 20th-century examples suggests the modernization of this type of folklore as a sign of a general modernization of the city. Their symbolic content of narratives got adapted to various periods.