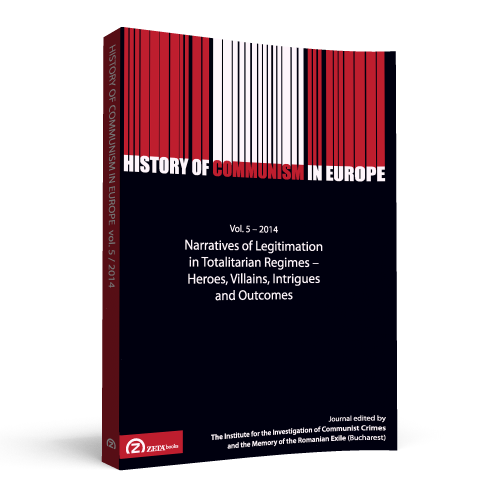 Summary/Abstract: Since narratives of legitimation have to adapt to shifting discursiveenvironments, they cannot be regarded as static phenomena. To present a soundunderstanding of their embedment in a specifi c context, narratives have to beapproached from a variety of perspectives – they necessitate, in other words, a“thick description”. Th is paper addresses the narrative of antifascism as a centralelement of public discourse throughout the history of the German DemocraticRepublic (GDR) and contextualizes it specifi cally in East German televisionculture. In addition to providing an understanding of antifascism as an ideologicalsignifi er exclusively for historical phenomena, such as National Socialism(NS) or Italian fascism, this paper proposes to conceptualize the narrative ofantifascism – as it was offi cially defi ned in the GDR/SBZ – as a discursive formationthat encompasses various political narratives such as militarism and imperialism,as well as past and present political events. Based on this assumption,the highly successful espionage series Das unsichtbare Visier (1973-1979), whichwas produced by the DEFA and broadcasted by the East German state television(DFF/DDR-F), will be discussed in relation to its exploitation of the narrativeof antifascism. By approaching these issues, it is the objective of this paper toexamine the practices of the appropriation of the narrative of antifascism in anera that was marked by the development of popular (socialist) television cultureand, moreover, to contribute to the discussion of the dialectic between stabilityand fl exibility that is inherent to narratives.