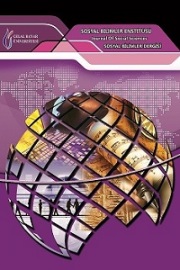 Summary/Abstract: On one hand the Enlightement provided an opportunity for many scientific discoveries in a critical and free environment, and on the other hand, it led to the demolition of any mythological or metaphysical component in the social and political arena that resulted in the enslavement of people. On one side of the coin, the scientific developments, and social and political institutions that entitled the people to their freedoms were created by the Englightenment. On the other side of the coin, enlightenment led to another scenario that included a new set of relations by producing and sustaining suppression and domination. The main purpose of this study is to examine this latter scenario that reproduced superiority relations by taking into consideration Horkheimer’s and Adorno’s thoughts on Englightenment. First, the study explains the main arguments of the Enlightenment. Second, the role of the Frankfurt School that shaped Horkheimer’s and Adorno’s perspectives is discussed. In the final section, the criticisms of both philosophers are scrutinized through Odysseus’ adventures.