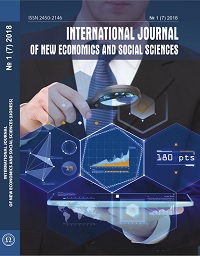 Summary/Abstract: The aim of the article is to describe, on the one hand, the police authorities and, on the other hand, to present the tasks and competences implemented by these authorities in the field of public order and security in the Free City of Cracow (1815-1846). The legal bases defining the broad spectrum of police tasks were mentioned. These included the fight against begging, vagrancy, passport policy, population registration, protection of con-sumer interests and rights, building, sanitary and fire safety, maintenance of peace, cleanliness and order in Cracow and the fight against crime. Attention was also drawn to the reasons for issuing such rules of legal relations. In conclusion, the common features of "police law" acts and the meaning of the word "police" used in the Free City of Cracow were pointed out. The article was written using a formal-dogmatic method and a chron-ological-subject structure. It is the first and so far, the only scientific study presenting legal regulations concerning the title subject.