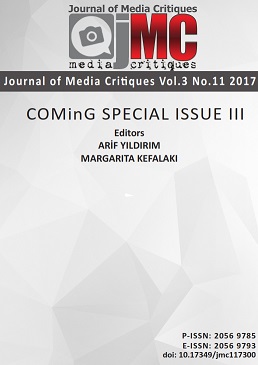 Summary/Abstract: The debate on genetically modified foods has been characterized by a heteroglosia of voices, ranging from experts, authorities, to scholars, community organizations, media, or consumers. Within such a context where there have been observed various food safety scares over the past decades or some public ignorance regarding the use of biotechnology related to food issues, the Debating Europe platform launched debates on arguments for and against GMOs. Thus citizens turn into prosumers of content regarding food safety and (de)legitimators of EU policies and/or other social institutions. In our study of the comments posted by e-citizens on four debates on GM foods launched on the Debating Europe platform, we will use framing theory (Goffman, 1974; Entman, 1993; Wynne, 2001; Cook et al., 2004) and the Integrated Crisis Mapping Model (Jin et al., 2012) for negative emotions and Plutchik’s wheel of emotions (2001) for positive emotions to determine the salience of (de)legitimating frames employed by the supporters and opponents of GM foods, and to examine the role of affective stance in the evaluation of the social actors related to GMOs. Using QDA miner and WordStat, computer assisted qualitative data analysis softwares, we will conduct a content, cluster and correspondence analysis of the (de)legitimating frames and emotion valences. Whereas the content analysis provides an insight into the frequency of frames used by e-debaters and into the key lexical items that express evaluation and affective stance related to GM foods, the explorative analyses reveal the types of (sub)clusters which prevail in the e-debaters’ comments on GM foods. The findings of this study suggest that e-citizens mainly perceive the issue of GMO through a political frame associated with anger and a health frame associated with fright.