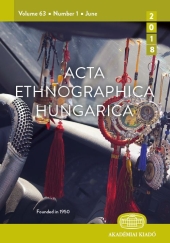 Summary/Abstract: The paper compares the visions and activities of a Hungarian and a Lebanese female seer, both of whom relive and re-enact the Passion of Christ on a regular basis. The former performs the Passion on the first Friday of the month and weekly, during Lent, while the latter does so once a year on Good Friday. Based on fieldwork by the author among the followers of the seer in Hungary and the work of Emma Aubin-Boltanski and Nour Farra-Haddad in Beirut, Lebanon, the paper discusses the history and background of the seers, the locations where the apparitions take place, and the followers who gather around them. It describes the performance of the Passion itself, the messages the seers convey to the faithful, and the many ways in which the women’s activities and the mis-en-scene of the apparitions connect to the larger world and thus fit into universal patterns of modern, apocalyptic visions. While strengthening the faith of the followers, the devotees also receive reinforcement in questions that seem existential to them existential, in as much as members of both groups see the historical drama of their own nation.