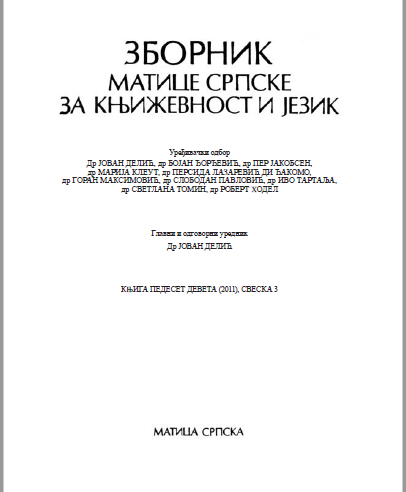 Summary/Abstract: Our research is aimed at the perception and interpretation of Chinese script in different art forms and works created in the epoch of Modernism in Europe. Since the central focus of our research is the role of Chinese script in various modernist poetics. There are also some of the authors of the pre-modern epoch (Paul Claudel, Victor Seg- alen) who anticipated the subsequent perception of the Chinese written language in Modernism. In the work of the authors such as Guillaume Apollinaire and Ezra Pound Chinese sources can be clearly identified. Furthermore, the perception of Chinese written language played an important role in cinematography (Sergei Mihailovich Eisenstein), and painting (Paul Klee). Although we are primarily focused on the works of these four modernist artists, due to the strong inspiration with Chinese written language and culture visible in their respective poetics, we shall also attempt to give a broader outlook on the presence of Chinese script in different art mediums.