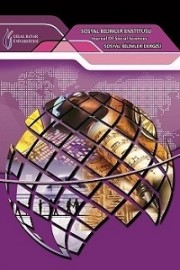 Summary/Abstract: The study is related to the origin of the preposition ötürü and the distribution areas of the prepositons of ötrü and ötürü. It is said that ötürü comes from ötrü in Old Turkic in many sources. But I think that ötürü in Turkey Turkish should have come from ötgürü in Old Turkic. In fact, Marcel Erdal had said that the prepositon ötürü in the Turkey Turkish was direclty related to ötgürü in Old Turkic long before. However it seems that this explanation has been neglected in the etimology studies. That is why the primary goal of the article is to make a reminder of this issue. The second aim in this study is to question whether there is a pattern in the distribution of prepositions ötrü, ötgürü>ötürü between the Turkic languages. As a result, the distribution of these prepositions between the Turkish dialects is found to be meaningful. In a very general sense, ötürü and ötrü is more common among the Oghuz dialects. More specifically, it was determined that ötürü is widely used to in western Oghuz dialects, ötrü is used in eastern Oghuz dialects. Ötürü is not seen in the Kipchak dialects at all, but ötrü is only found in Kipchak dialects in which there are many Oghuz language influences.