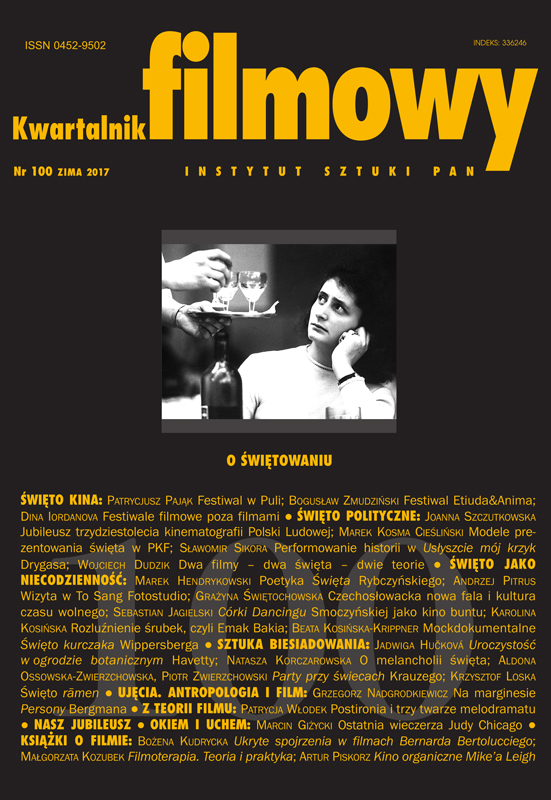 Summary/Abstract: Nadgrodkiewicz presents an interpretation of one shot from the film by Ingmar Bergman “Persona” (1966) – the shot showing the actress Elisabet Vogler at the time of abandoning the role in the performance of “Electra” and the moment of her mysterious silence on the stage. According to the author, Elisabet’s traumatic experience can be analysed in the context of the depth psychology of Carl Gustav Jung, and especially in relation to the concept of the impact of the everlasting archetypes proposed by him. Vogler’s existential experience is also compared with the cases of memory loss occurring during the performance, which Krystyna Janda and Helena Modrzejewska describe in their memoirs. Using the analogies that are taking place here, Nadgrodkiewicz concludes that the actor’s experience of amnesia and the silence connected with it can be attributed to the effect of being struck down with the power of the ancient archetype, which according to Jung exists in the collective unconscious and which reveals itself in the process of creating a work of art.