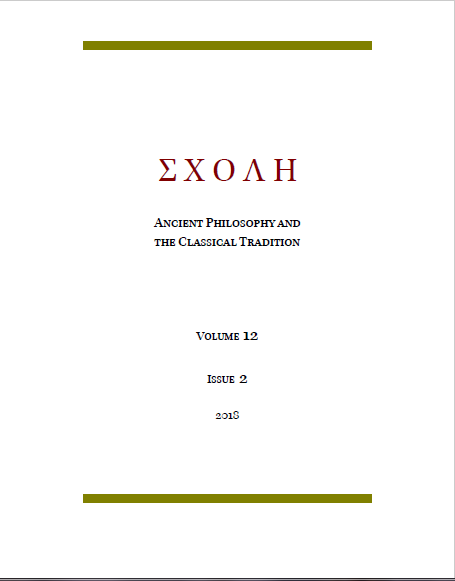 Summary/Abstract: The paper is considering Justus Lipsius’s the history of philosophy works. I distinguish the main ideas of Neostoic work “On Constancy” (1584) and show what kind of confusions Lipsius confronted when he was trying to transport some Stoic dogmas on the Christian ground. The main part of this paper pays special attention to the late works of Lipsius – the “Guide of Stoic Philosophy” and the “Physics of the Stoics” (1604), in which he reveals a deeper knowledge of Stoic dogmatics. Analyzing these writings, I show the specifics of the historical approach of Lipsius. It is shown that Lipsius did not follow Seneca’s theses all the times, but considered it possible to correct them in order to bring some of them in line with the Christian dogmatics. For this purpose, he was appealing to the Christian (e.g. St. Augustine) and proto-Christian (e.g. Plato) authors. In conclusion I try to argue that we should consider these appeals as an attempt to actualize the Stoic idea in new intellectual context, which is the task of any historian of philosophy.