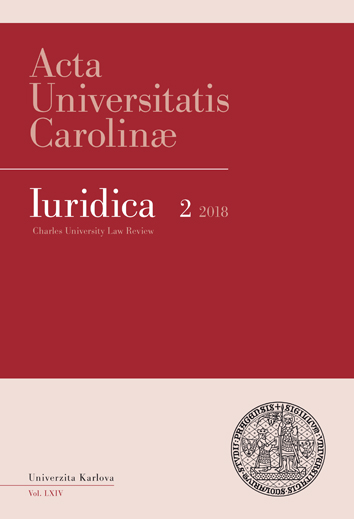 Summary/Abstract: The article deals with the conditions of integration of foreigners in the Czech Republic. The information used for the analysis and conclusions of the article draws mainly on governmental policies for integration of foreigners. The key areas of integration include knowledge of the Czech language, economic and social self-sufficiency, socio-cultural orientation within the society, and relations among communities. The policies openly exemplify failures of governmental integration measures. Several examples are mentioned, such as: the relevant Ministries suffering from being understaffed or insufficiently involved; further insufficient involvement of municipalities in integration activities; and delays in implementation of a wide range of integration measures. Several issues remain unsolved, including the participation of children of third country nationals in the national health insurance scheme or enabling the foreigners permanently residing in the territory of the Czech Republic to exercise their right to vote in municipal elections. Both the mentioned policies and this article point out two topics of gravity: the first one being the complex nature of relevant legal sources and provisions which makes the legal sources appear difficult to access; the second one rests in the fact that the vast majority of foreigners remains reliant on services of dubious agents and mediators. In spite of all of the aforementioned hindrances foreigners integrate successfully, and demonstrate ability to access and enter the labor market. The percentage of foreigners collecting social benefits is negligible. No relevant information available indicates that they represent a threat to national security. In spite of certain reservations on the side of the majority the co-existence of the majority with foreigners is described as lacking in conflict. There is clear evidence supporting the notion that foreigners aim at integration with the majority and that the value system of the three biggest groups of foreigners divided by nationality (Ukrainian, Vietnamese and Russian) overlaps to a large extent with the value system of the majority. The development and trends in the influx of foreigners to the Czech Republic show that so far since 1989 there has been a thirteen fold increase in the number of foreigners and over half a million foreigners have been integrated. Foreigners appear to integrate well despite insufficiently structured and targeted integration measures. However, the topic of integration of foreigners with respect to the forecasted significant and continuous increase in their influx should be viewed as a matter of importance that needs to be provided both financial means and targeted effort.