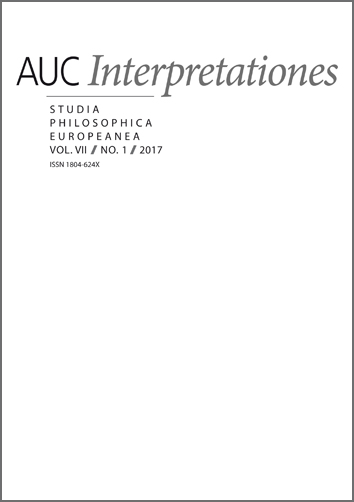 Summary/Abstract: This paper addresses both Patočka’s thematisation of the ‘natural world’ and his critical reflections on Cartesianism. Patočka, whose first formulation of the problem of the ‘natural world’ is strongly influenced by late Husserl, shows a recurrent interest in the historical beginnings of this issue and in several texts points to its emergence in the context of late 19th century positivism. Both these themes, the ‘natural world’ as well as Cartesianism, are intrinsically related due to the tension between them, which Patočka recognises from his early thought onwards. The main focus of the article, however, is on his late texts Cartesianism and Phenomenology (1976) and What is Phenomenology? (1975–76), where the critique of Cartesianism is connected to a mediation between Husserlian phenomenology and Heidegger’s thought. This mediation is strongly oriented towards Heidegger and gravitates around an interpretation of the phenomenological epoché from his What is Metaphysics? and a Heideggerian concept of historical Destruktion, while it also points at a tension – within Husserl’s phenomenology – between a Cartesian aspect and a properly phenomenological one. Patočka’s critique of Husserl’s Cartesianism shows a close resemblance to the one found in early Heidegger, but Patočka also focuses on the properly phenomenological motive in Husserl’s thought, trying to show its increasing role in Husserl’s later reflections. In the last section of the paper, I try to sketch an interpretation of the first emergence of the theme of the ‘natural world’ in empiriocriticism and of the theme of the life-world in Husserl’s Crisis starting out from these late texts of Patočka.