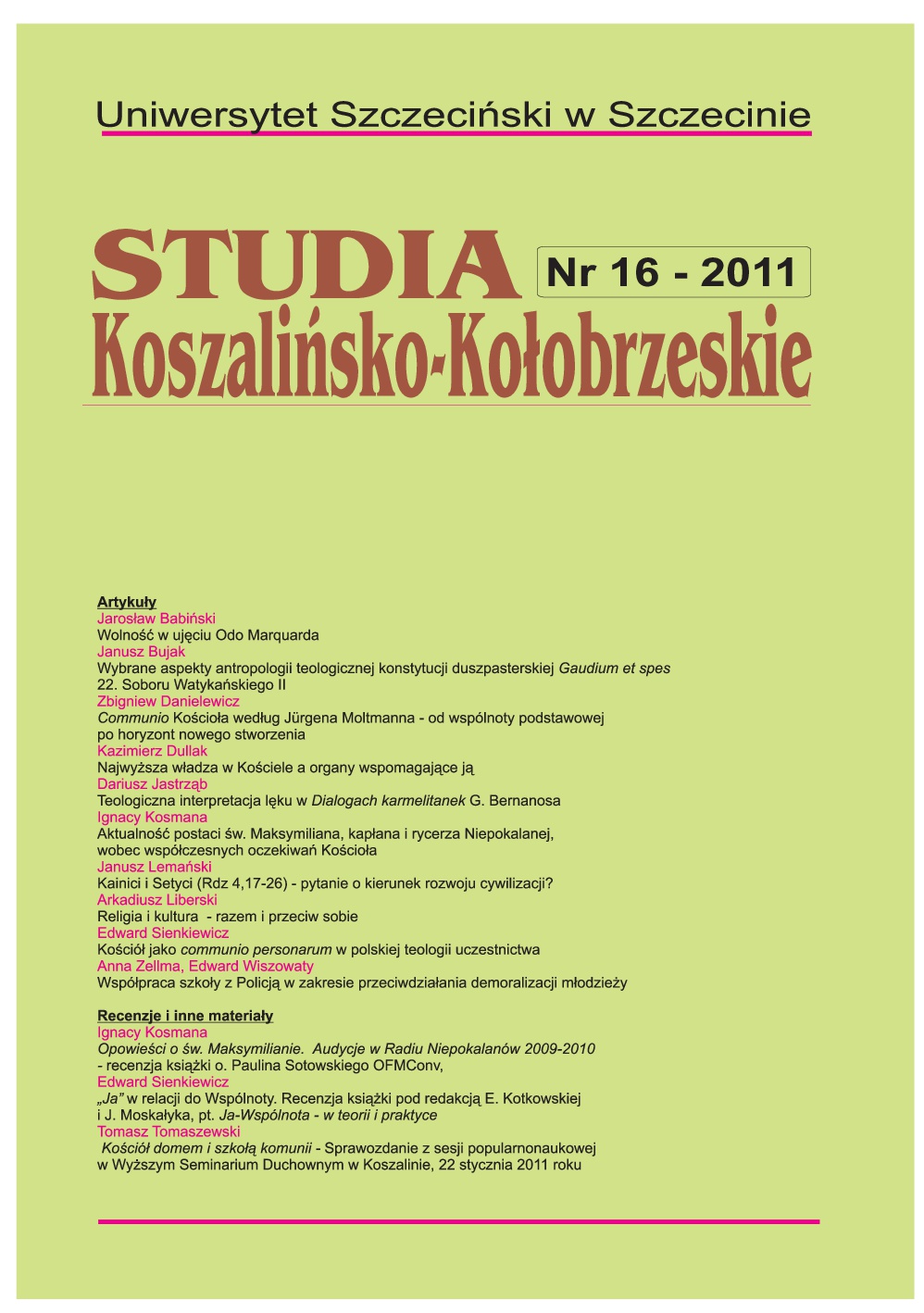 Summary/Abstract: The life of man – from the beginning – is connected with culture and a religion. Thanks to them he creates the world, expresses his own interior and touches the transcendent truths. Religion and culture are closely connected with each other. They meet together in man. We live in culture and we open ourselves for God. God is a source of religion. Religion does not limit itself to culture but needs its language to transmit divine truths. Every culture contains religious elements and is fuller thanks to them. Relations between culture and religion took different forms in history: the collaboration, the fight, the domination of one over another. However, they were always someway connected with each other. The problem of culture and religion is one of the most important problems of man. Nowadays, it is especially current and important. It is caused by such phenomena as: the secularization, the religious pluralism, the development of the science and of the technology. Man today asks for God and seeks the answer in culture. We must however remember that faith, religion, the relation with God are something more than only the world of culture. Faith is the lively relationship with God. Culture is only a tool to build this relationship up.