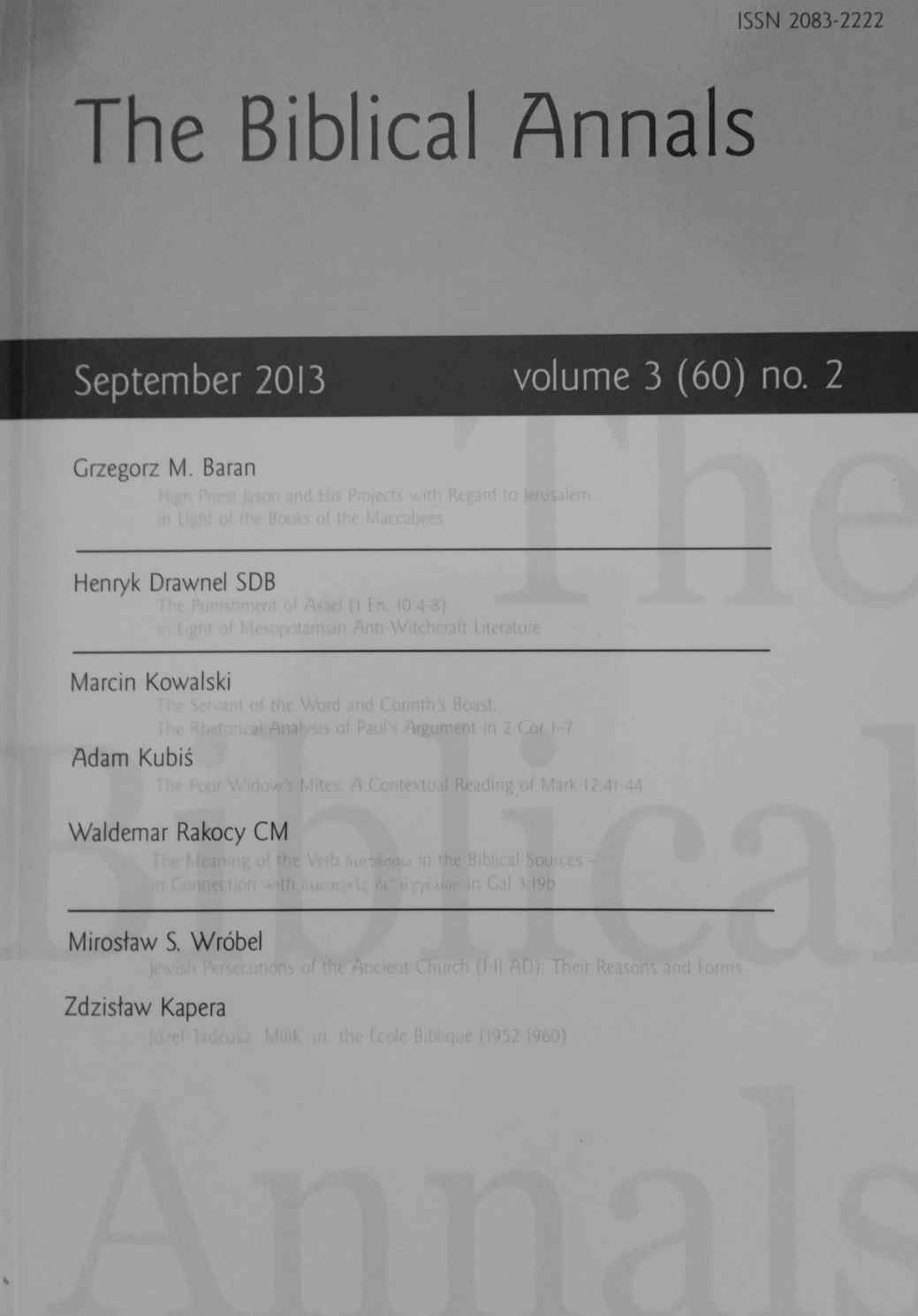 Summary/Abstract: The present paper concerns the meaning of the verb διατάσσω in the biblical texts (LXX, NT) as well as in selected Greek extra-biblical sources. Except very concise contributions like those found in dictionaries the subject hasn’t been worked up yet. Existing studies on the expression διαταγεις δι' αγγέλων focus on the role of angels in the Jewish tradition, passing over the verb used by Paul. Our research on the διατάσσω led us to conclusion that the range of angels’ competences in Gal 3:19b is larger than it was assumed in Judaism. Broader competences inevitably result in loosening the relation between Law and God. Firstly, the idea of mediation is to be excluded. Secondly, the angels are responsible for administering the Law as well as for its shape (in what we usually ascribe to God). Furthermore, the argument based on the nature of the Law lets us state that it was their initiative in order to instruct the humankind. So the role of angels in bringing the Law into being was bigger than it has been commonly thought of till now. To be clear, we don’t rule out some relation between Law and God but at the same time we don’t consider it strict. The study reveals lack of direct and close relation between Law and God. Such a level of relation exists in the gift of Christ.