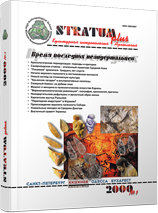 Summary/Abstract: Across western Eurasia, newly published radiometric dates have given more support to the interpretation that the phenomenon of the Middle to Upper Paleolithic (MP-UP) transition had a southeast to northwest geographic progression. This paper presents the preliminary results of a research project which investigates the significance of this apparent temporal and geographic trend by determining where, when, and how the technological behaviors which created the material culture of the MP-UP transition appeared across western Eurasia, specifically between Central Europe, Eastern Europe, and the Levant. By addressing the diachronic patterns of technological behavior evidenced in 18 archaeological assemblages dated between 60,000 and 30,000 years before present, this research tests the hypotheses of in situ behavioral change versus behavioral diffusion as the dominant process by which the MP-UP transition appeared in each region. The approach espoused here is a unique treatment of this subject because, by sampling assemblages within a specific time frame and applying a standardized analytical structure to all cases, it avoids the assumption that assemblages must fall within a priori categories such as «MP», «Transitional», or «UP». Numerous scholars’ approaches to lithic analysis are combined to identify each flint knapping behavior within the technological spectrum of stone tool creation and use, beginning with the selection of the raw material to be used as a core and ending with the resharpening and eventual discard of the retouched artifacts. The resulting description of each lithic operational sequence constitutes the behavioral signature for each assemblage. These behavioral signatures are compared within each region as they appear through time to determine the intra-regional sequence of behavioral change. Through a comparison of the intra-regional sequences, the model hypotheses are tested by an assessment of the goodness of fit between the inter-regional diachronic patterns of behavioral change and model expectations derived from a combination of archaeological, history of science, and social anthropological theory concerning the problem of distinguishing examples of diffusion from independent innovation. The results of this research demonstrate the existence of two diffusion events across these three regions, one between 46-42,000 BP and another between 36-32,000 BP. The first event, labeled the «Bohunician Behavioral Package,» appears first in the Levant in the assemblage of Boker Tachtit level 1 at 47/46 kya, subsequently in Central Europe in the Bohunician assemblages of Stránská skála IIIa at 41 kya, and finally in Eastern Europe in the assemblage from Korolevo II Complex II at 38 kya. Due to the lack of antecedents in each region and the high number of similar knapping options used throughout the operational sequences evidenced at these three disparate sites, parsimony favors the conclusion that all of these assemblages possess the same, intrusive behavioral package as part of their operational sequence. This «Bohunician Behavioral Package» appears not to have greatly influenced the subsequent development of the Upper Paleolithic in each region (save perhaps in the Levant) due to the subsequent arrival of the diffusion event bearing the «Aurignacian Behavioral Package» between 36-32,000 BP. This two-event process in the historical development of the Upper Paleolithic in these regions highlights the importance of investigating cultural process through culture historical research. While not confirming the Out of Africa Hypothesis for the origin of anatomically modern humans as both diffusion events may be the result of either population movement or the diffusion of isolated behaviors, the fact that these regions witnessed behavioral discontinuity is consistent with that model.