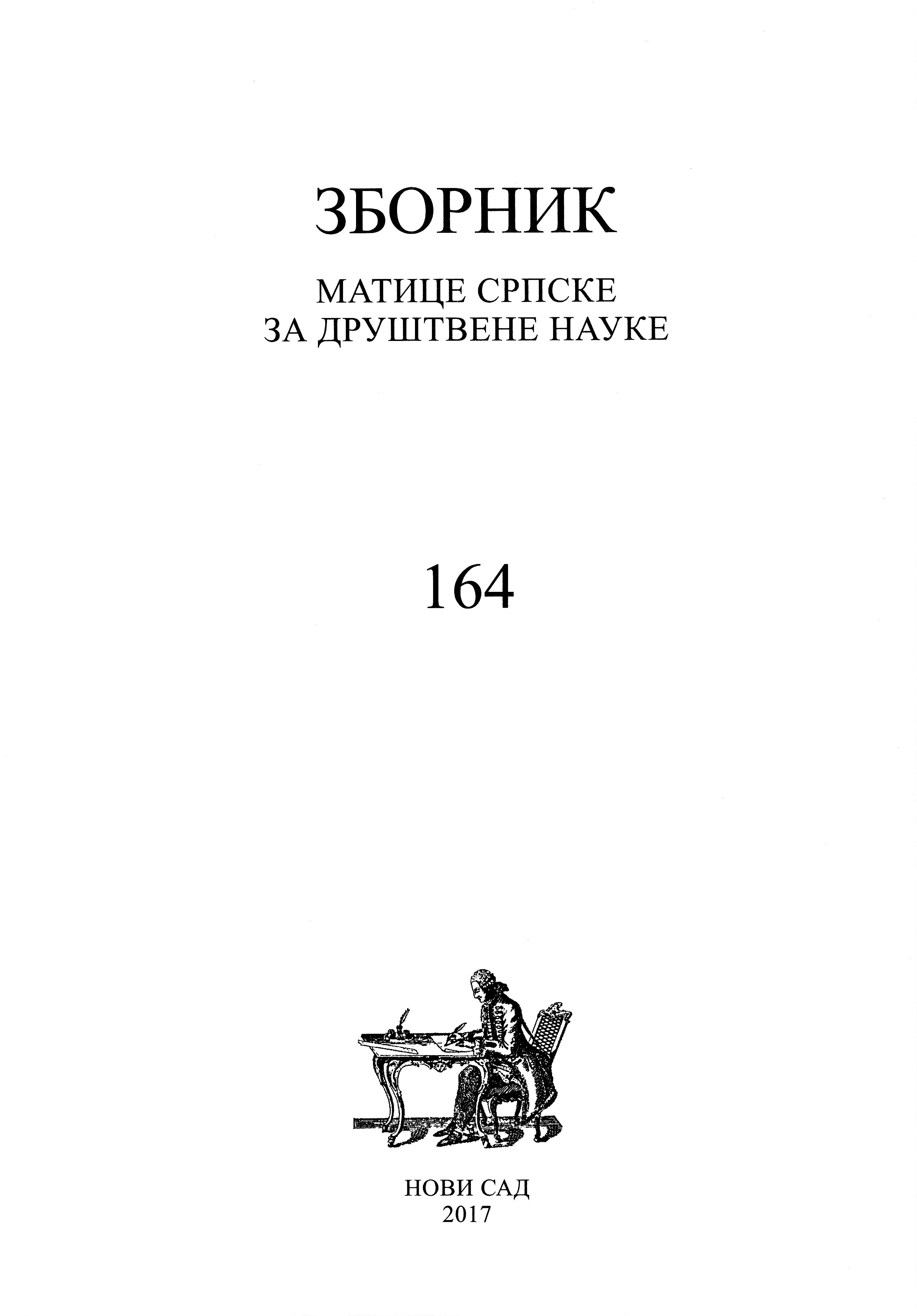 Summary/Abstract: The question of national identity and nationality of the group of people inhabited in a particular geographical area, despite numerous theories which over the last nearly two and a half centuries have been giving the variety of answers, most frequently is related to a common ethnical background, culture, history, tradition, and as it was considered for a longer period of time, a common language. Although it is not uncommon for members of one ethnic group to profess the same religion in the vast majority, the religion, at least according to the theories of the nation, has never been an essential definition of the national identity. It should not be surprising if we take into account the circumstances that led to the awakening of nations and national movements in the 19th century of the European Enlightenment period, when the other form of togetherness started to replace a religion dominant for centuries. Thus, in forming national consciousness, religion found itself in the last place. On the other hand, if nationality formed by a religion was unacceptable for the theories of the nation, forming a national literature by the religious affiliation would have been unthinkable. By the simple analogy, the first was excluding the other which means that if it was not possible for the religion to form a nation, it was also not possible to form a national literature. At least, it was common opinion. However, right in the European region where those theories had been developed, we can also find the first case to refute them. And we can do that with the so-called Bosnian-Muslim literature that have made its first steps during the second half of the 19th century as а mean in the creation of the new Bosnian nation. It was not the religious literature with religious themes and motifs, but the literature of the religion, of the members of a religion in an effort to create their own national identity based on a religious one. In that sense, there were three most important literary events that made the foundations for the creating the so called “literary Bosnianhood” in the last decades of the 19th century: a collection of proverbs and lessons called “National Treasure” by Mehmed-beg Kapetanovic Ljubušak, a collection of epic poems called “Folk Songs of the Mohammedans in Bosnia and Herzegovina” by Kosta Hörmann and the launch of the literary magazine called “Bosniak”. The paper presents historical, political and social circumstances that had led to those literary events, the birth of the new type of literature as well as the new Bosnian nation and national identity.